Home
Pet Tips
11 reasons why you should NOT have an otter as a pet.
Prev Article Next Article 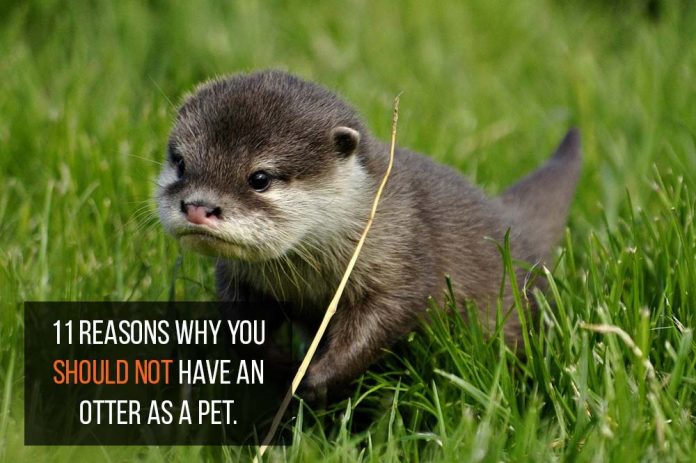 The humble, or not so humble, otter is one of the most widespread mammals on Earth. Its various extant subspecies, numbering a total of 13, can be found on almost every continent (it’s too cold in Antarctica, apparently), and come in a range of shapes and sizes, and levels of ferocity.

Members of the Mustelidae family, otters are related to weasels, badgers, honey badgers, martens, minks, polecats and wolverines. They are all semiaquatic, aquatic or marine mammals, and subsist on diets mainly based on fish and invertebrates, such as mollusks.

The name ‘otter’ derives from the Old English word otor which, alongside other Indo-European cognates, ultimately stems from the root word *wódr̥, which, you guessed it, gives us the modern word ‘water’. This, we can presume, is because they were always found at the water’s edge, be it at the seaside (sea otters), riverside (river otters), clambering over brooks (Asian small-clawed otter) or in The Guianas (giant otters). More on each of these later.

Fun fact: Otters have the thickest coats in the animal kingdom! They can have up to 1 million (that’s 1 with six zeros!) hairs per square inch. The bad news is that this leaves them vulnerable to poachers, who hunt them for their velvety fur. Some species of otter exist discontinuously – in patches unconnected by land – because of over-poaching. Let’s look after wildlife, please!

Otters are delightfully cute. But can you keep one as a pet? The short answer is yes, but it comes with many caveats or catches. There are owners who have domesticated otters. But there are many factors to consider.

Otters require specific conditions to live well: a large area to roam (the larger the better); a clean water source in which to swim, bathe and (ideally) catch live prey; and adequate daily nutrition. Captive otters are also required to have a registered veterinarian who is happy to see them whenever required, which is hard to find at the best of times.

There are 13 types of otter in total, but some are more common than others. Here are a few to get you started, plus some basic information about how they fit into the otter pet trade:

1. Sea otter: Illegal to own under the Marine Animal Protection Act. These can grow up to 6 ft long, almost 2 meters, and have a nasty bite, so you probably wouldn’t want to own one anyway!

2. North American river otter (or common otter): Found in and along North America’s waterways and coasts, these otters weigh between 11 and 31 lbs (5-14kg). It is illegal to keep this indigenous otter as a pet in the United States, and not advised to take it out of North America.

3. Giant otter: Native to South America, these otters are very large, quite noisy, and actually very social. You cannot keep one as a pet in the US.

While sea and river otters are deemed federally illegal due to the Marine Mammal Protection Act, Asian small-clawed otters are not covered by the same level of protection. They do not fall under the same laws because they are not technically ‘marine mammals’.

This doesn’t make them automatically legal in every state. But they are legal in some states. Don’t take this as an endorsement of keeping them, but in purely legal terms, you may be able to own an otter in the following states:

In the majority of the US, it is completely illegal to keep an otter as a pet. All pets have at least some bans on exotic pets, even if they sometimes don’t make complete sense. For example, in Nevada, lions and elephants are actually legal to own, but fennec foxes (which weigh 3 lbs) are not.

If you believe your state should be on this list, check with your local state department. Laws change, and this list is not necessarily exhaustive.

Note that you still require special permits in many of these states, and local city governments also stipulate whether it is legal or illegal to keep exotic animals within city limits, so make sure you find out this information before buying an otter!

Yes. Otters aren’t as cute as you might think. It is very difficult to find anyone who sincerely recommends keeping an otter as a pet.

Otters have very sharp teeth and can turn aggressive quickly, if annoyed. Their temperaments are unpredictable – they are wild animals at heart – and can be dangerous, especially if not under supervision near children.

Are otters easy to handle?

Otters are restless and do not like to be restrained or restricted. For this reason, petting and handling are ill-advised. They like attention but do not like to ‘play’ with humans, in the way humans like to interact with pets.

Do they bite their owners?

Quite possibly. But they’re probably more likely to bite unfamiliar people, like visitors! And if they do, it could get messy.

They can be – see below.

They are the ‘masters of disaster’. Otters are excellent diggers and have sharp claws and teeth. They are cunning and intelligent and predatory and like to know every nook and cranny of their dwelling place. They are hard to ‘potty train’, and their fast metabolism means they poop a lot, and often. They have been known to destroy furniture with their inquisitive claws and teeth.

Fun fact: Otters are one of the lesser-known tool users of the animal kingdom. Sea otters carry around a favorite rock in a pouch under their arms between meals, which they use to crack open the shells of various crustaceans. They prefer flat stones that are as wide as a large orange. Who knew?

#3: Pet otters can be territorial

Otters are very territorial and live in family groups. They do not like intruders in their space or near their family and will defend accordingly. If you keep a pet otter, be very careful when you have visitors. There is a high chance of one of them getting bitten.

Otters are social creatures. They need attention all the time. If you are handling or cuddling your otter, it will know if it doesn’t have your full attention, and scream in order to get it. Yes, I said scream.

If you try to teach an otter right vs. wrong, for example regarding littering outside the litter box, it will likely perform the negative action just in order to elicit a reaction from you. They are cunning!

While they are the smallest otter species in the world, Asian small-clawed otters can still grow to 24 inches (61cm). This may not seem very big, but their high metabolism and intelligence mean they can take up a lot of space when they need to, or want to.

Other otter species, like the ocean otter and giant otter, can reach lengths of 6 ft (1.8m), as long as a tall human. I bet that’s bigger than you expected! The heaviest weigh in at up to 100lbs – again, you wouldn’t want to get on the wrong side of an animal of that bulk.

Slightly less fun, but much more gruesome, fact: Male otters have been known to forcibly penetrate baby seals while holding their heads underwater until they drown.

#6: Pet otters require a lot of space and water

In the wild, otters roam over a large area, including terrestrially and aquatically – over land and water. As such, captive otters need ample space to move around, including a deep enough freshwater source in which to swim, bathe, and socialize. This is highly recommended if you want to keep your otters happy and in good mental and physical health.

Asian otters require a tropical climate and room to explore and play. If you cannot provide an outdoor area, you must provide a large, heated (it must not fall below 50°F), secure indoor area, with a pool kept at 75-85°F. Otters climb, so a roof or top is required, and they are keen diggers, so any fencing needs to be extended in-ground.

#7: Pet otter diet: They require a lot of diverse nutrients

To stay warm in the water for so long, otters have incredibly thick fur, and very fast metabolisms, which means they need to eat a lot – 20% of their body weight per day, during certain months.

Otters are accustomed to preying on live animals; hunting is an integral part of an otter’s life. In the wild, they mostly eat fish, while sea-dwelling otters use stones to break open mollusks.

In captivity, diets can vary somewhat but need to provide a lot of basic nutrients. Here’s what you need to know to provide adequate nutrition to a captive otter:

#8: Otters have a unique scent and body odor

Otters emit an odor, and smear their spraint (a fancy word for otter dung) at latrine sites, using their hind feet and tails, in order to mark their territory. The larger the group, the larger the smear.

The smell of an otter’s spraint has been likened variously to that of freshly mown hay to putrefied fish. Don’t take my word for it – read this!

Much more fun fact: Otter poop has an aroma that has been compared to jasmine tea. Otters are very organized in their pooping, and have a designated pooping area per otter community.

Otters are notoriously difficult to potty train, and even when they are, they may decide to go against their training. Their fast metabolism and evolutionarily hard-wired habit of smearing their spraint in order to mark their territory mean that they poop a lot – like, every litter box will need cleaning twice a day.

They travel in groups and maintain family ties, for life. To raise an otter away from its natural family group is a tragedy, so if you are still planning on keeping an otter, know that you will have to keep several otters in order to maintain the sanity and mental wellbeing of each one!

#11: Pet otters can be very expensive:

The upfront cost of purchasing an Asian small-clawed otter is approximately $4,000 – unaffordable for most individuals. Of course, this depends on whether or not you can find someone willing to sell you one in the first place. This is not a pet for beginners, or the faint-hearted! Even many experienced pet owners would not try to take on an otter.

So, do you think otters are good pets?

There are several websites and online sources where pet otters are sold. But shipping can be stressful, even if managed by a careful courier, so it is advised to go directly to a zoo, private breeder or animal educator, and enquire in person. That way, you’ll get advice direct from the source!

However, they will probably warn you against going down the route of otter husbandry, for the reasons I have outlined in this guide.

Check out this video, 10 Exotic Animals You Can Keep as Pets at Home, for ideas about which animals are more realistically available to you.

For many, ferrets make a viable alternative. They are easier to care for, cheaper to buy, require zero, or at least fewer, licenses and permits to keep as pets, and are significantly easier to find willing veterinarians for. However, if you’re still keen on the otter, and live in a state where you can legally own one, you’re welcome to take the next step.

As always, we’d be delighted to read your comments. Have you ever seen an otter in the wild? Or in a zoo? Let us know in the comments below!

Feel free to share this guide with anyone who loves otters! 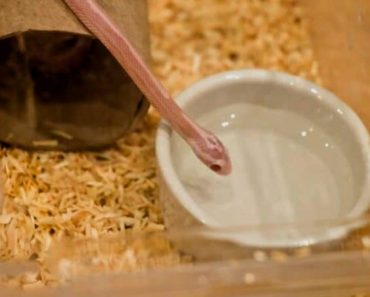 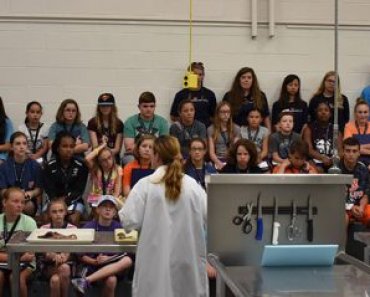 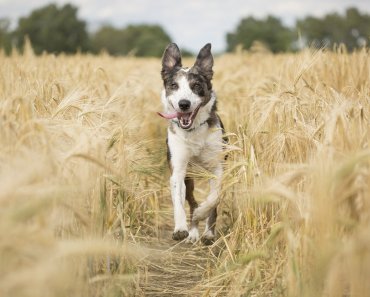 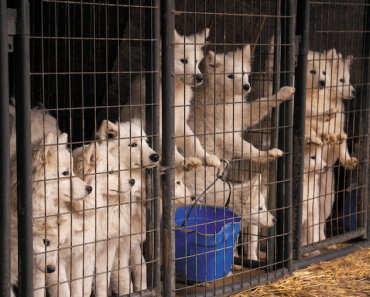 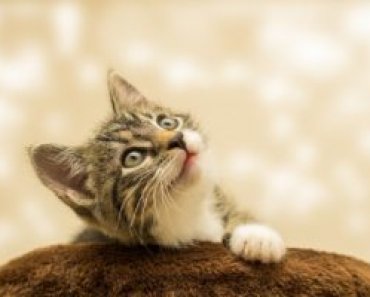 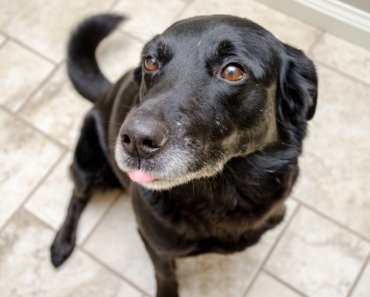