Red-eared sliders are exotic and beautiful-looking turtles, but are also messy and love to eat fish! In an aquarium, tankmates of red-eared sliders need to be either very big or fast to escape the greedy belly of this omnivorous reptile.

There are no perfect solutions, and even the toughest of fish may succumb to attacks. Sometimes, aggressive fish may even turn the tables and attack your turtle!

Luckily, red-eared sliders can also be kept in ponds, where the larger habitat gives more space for fish to coexist with them out of harm’s way.

Here are our top picks for fish to keep with a red-eared slider in aquariums and ponds:

Oscars are infamous and big, aggressive cichlids from South America. They’re notoriously intolerant of tankmates, and may even rip out any aquarium plants that you try to add to the tank!

There aren’t many aquarium inhabitants that can outdo an Oscar for their all-around unruliness, but when it comes to the red-eared slider, the Oscars may have met their match.

Since both of these species are renowned for destroying anything that you put in the tank with them, they may be evenly enough matched that they’ll leave each other alone.

Scrolling through online fishkeeping forums, you can find many stories of people that have tried to keep Oscars with red-eared sliders.

While some people seem concerned that the Oscars would be at risk, others have reported that their Oscars have attacked the head and limbs of their turtles.

Luckily, red-eared sliders are very well-defended and are unlikely to get seriously damaged by Oscar attacks. If anything, it’s probably better if an Oscar has the upper hand, since you wouldn’t want him to become breakfast for your turtle!

If you’re considering keeping these two titans together, you’ll need a large tank of at least 150 gallons to give them enough space to remain amicable.

Bala Sharks, otherwise known as ‘Silver Sharks,’ aren’t really sharks at all, but shark-looking members of the carp family.

They make our list of fish that might survive with a red-eared slider because they meet both of the primary criteria of being big and fast.

Many people buy baby Bala sharks in pet stores, thinking that they look like cute little fish for their community tank. What they don’t realize is these cute little sharks can turn into monsters!

A fully grown adult Bala shark can grow to over a foot in length, and what’s more, they like to be kept in groups. This means you’ll need at least a six-foot long, 220-gallon tank to host both a school of Bala sharks and a red-eared slider together.

On the plus side, Bala sharks and red-eared sliders could share some of their food together. They both enjoy eating mealworms, shrimp, and even the occasional small fish.

Silver Dollars are cousins of the infamous piranha, and slightly resemble their bloodthirsty relatives in their oval shape and stout-looking faces.

Luckily, they’re much more peaceful than piranhas, so you don’t have to worry about them biting off your hands when you put them in the tank.

This is also good news for your turtle! While a red-bellied piranha might make mincemeat out of your red-eared slider’s head or feet, silver dollars are very unlikely to bother your turtle.

But could your turtle make a meal out of your silver dollars? Well, it’s possible. However, silver dollars are nimble, fast-moving fish that can grow up to 6-inches long. Being big and fast, your turtle is fairly unlikely to be able to chase down a silver dollar.

Silver dollars need to be kept in groups of at least 5, and need a large tank of at least 100 gallons to have adequate swimming space. If we add the 80 gallons that a red-eared slider needs, you’d need a 180-gallon tank to house both species.

Danios are some of the most active aquarium fish, but most species in the clan, like Zebra Danios and Celestial Pearl Danios, are fairly small.

Giant Danios are the largest members of the family, and are also extremely energetic, speedy fish in captivity. These characteristics make them promising candidates to provide some company for your red-eared slider turtle.

Danios like to be kept in schools, and a group of 5 Giant Danios would need at least a 40-gallon tank. Kept alongside a red-eared slider, you’d be looking at a 120-gallon tank.

Giant Danios typically live for around 5 years and are a joy to watch as they hurtle themselves around the tank from dawn to dusk. Just be sure to keep them inside a well-sealed aquarium as they’re known to be excellent jumpers!

Dennison’s Barb’s other common name – the ‘Red-Line Torpedo Barb’ gives us a clue to the shape of this fish, and also its capacity for speed!

While most barb species are more oval in shape, this fish is extremely streamlined which makes it an even faster swimmer than most other barbs (which are already very fast).

Dennison’s is also a larger species of barb, often growing to six inches but exceptionally to 12 inches – meaning it’s a good fit to share a tank with a turtle, both in terms of size and speed.

One important thing to note about this fish is that it’s on the IUCN Red List as an endangered species.

If you’d like to buy Dennison’s Barb (aka ‘Roseline Shark’), be sure that the fish come from a captive breeding program. Wild populations are already depleted and mustn’t be exhausted any further.

Of all the popular gourami species kept in aquariums, kissing gouramis are the largest, and therefore probably the best suited for keeping with a turtle.

Although not as large as the enormous ‘Giant Gourami,’ kissing gouramis can grow up to 12 inches in length, which is probably too big to interest your slider!

Kissing gouramis get their name from their large, fleshy lips that they extend to suck up algae, plant matter, and other types of foods.

Fascinating to watch, kissing gouramis can also tolerate lower oxygen levels than many fish, owing to their labyrinth organ which allows them to breathe air from the water’s surface.

This can be useful when cohabiting space with a red-eared slider because turtles are notoriously messy, which can lead to oxygen depletion in the aquarium’s water.

While red-eared sliders don’t really need any tankmates and can be kept alone, there are some species of fish that can help to keep their tank clean.

Chinese algae eaters are masters at keeping an aquarium clean and will scour the aquarium night and day for algae to eat from the gravel, rocks, plants, and glass, too.

This is an excellent advantage when looking for a turtle companion because turtles create a very high bioload. High bioloads tend to mean higher nitrate and phosphate levels in the water, and that can include an explosion of algae.

Alongside the routine tank maintenance and partial water changes you’ll have to make while keeping your turtle, your Chinese Algae Eater will give you a helping hand with your water quality as well.

Growing up to 10-inches long, this fish should be more than a match for your red-eared slider, who normally grows to around the same length. You may even see your algae eater performing their impeccable cleaning service on your turtle’s shell!

Like Chinese algae eaters, plecos (or plecostomus) are excellent at cleaning the aquarium of excess algae and therefore improving the water quality.

There are more than 150 species of pleco in the world, and a few of them might be suitable to be kept with turtles.

We’ve chosen the Sailfin pleco because they’re very beautiful and typically grow to a similar size as the red-eared slider.

That being said, Sailfin plecos don’t always stop growing at 10 inches and in rare cases can reach a gigantic 19 inches!

This means that just one of them will need an aquarium of at least 150 gallons to cohabit in the same space as your red-eared slider successfully.

If you’re keeping a pleco, consider keeping some driftwood in the tank with him. Driftwood tends to be covered with a constant source of algae, and the cellulose in the wood can also improve the digestive system of plecos.

Plecos are generally peaceful fish, but never keep more than one of them in the same tank, as they’re famous for lacking hospitality to their own kind.

Fish That Could Share a Pond With Red-Eared Sliders

In North America, red-eared sliders are native right up to Illinois and Iowa States, where in hibernation they can survive temperatures below freezing.

Because of their hardy nature, some people have successfully kept red-eared sliders alongside fish in ponds. These species of fish could make good candidates.

The South American Peacock bass is the largest member of the cichlid family and fulfills the family’s reputation for being territorial and aggressive.

Some aquarists have tried keeping their red-eared sliders alongside Peacock Bass in aquariums. The problem is that Peacock Bass can grow into enormous fish and will easily outgrow most aquariums.

One solution to this problem is to transfer these species to a pond when they’ve outgrown the aquarium. Peacock bass can be found wild in some warmer parts of the United States, and may even sometimes share the same water as red-eared sliders.

If you live in Southern Florida, or somewhere tropical, then these two species can make fine pond mates!

Also known as the red-ear fish, pond perch, or common sunfish, pumpkinseeds are beautiful cold-water fish that are native to the United States.

Pumpkinseeds grow to around 10-15 inches in length, so you’ll need a large aquarium to house them. Luckily they can also be kept in outdoor garden ponds.

You can find pumpkinseeds in ponds and rivers right across the United States (and even some parts of Canada), which means they naturally share some of the same territories as red-eared sliders.

Pumpkinseeds are primarily carnivorous fish – in the wild eating worms, insect larvae, and even small fish. They do much better when given a natural, meaty diet and won’t always accept commercial fish foods.

Koi fish, sometimes referred to as koi carp, are sometimes kept with red-eared sliders, but it must be understood that kois grow to a very large size! At more than three feet long, the adult fish are unsuitable for anything except public aquariums.

Koi carp, however, are great pond fish. Surviving temperatures right down to 34 Fahrenheit, they can be kept in ponds in many parts of the United States.

In a small body of water, red-eared sliders may try to nip the fins of koi fish, and koi are also capable of becoming boisterous toward turtles. Given enough space, though, these two species should be able to get along with each other amicably.

Koi carp are also one of the few fish that can outlive a red-eared slider. While sliders can live between 20-40 years, kois have been known to surpass 50 years. Pretty impressive, right? 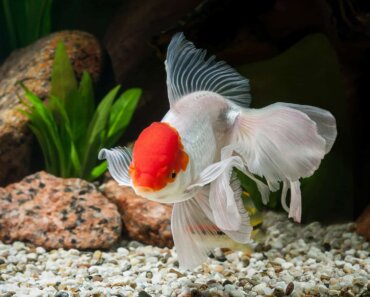 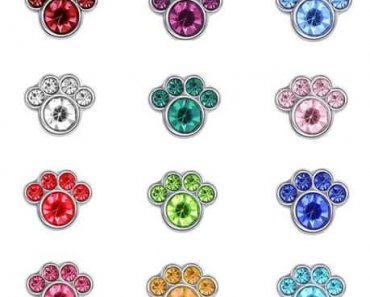 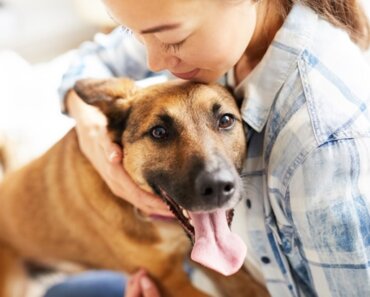 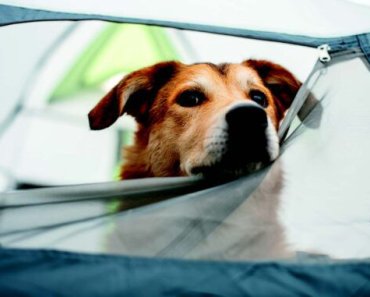 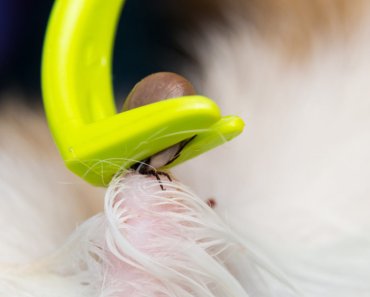 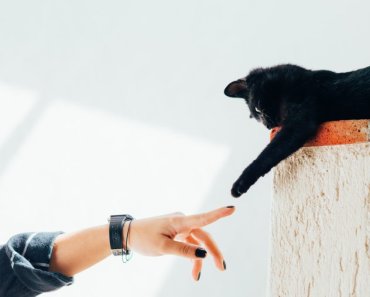