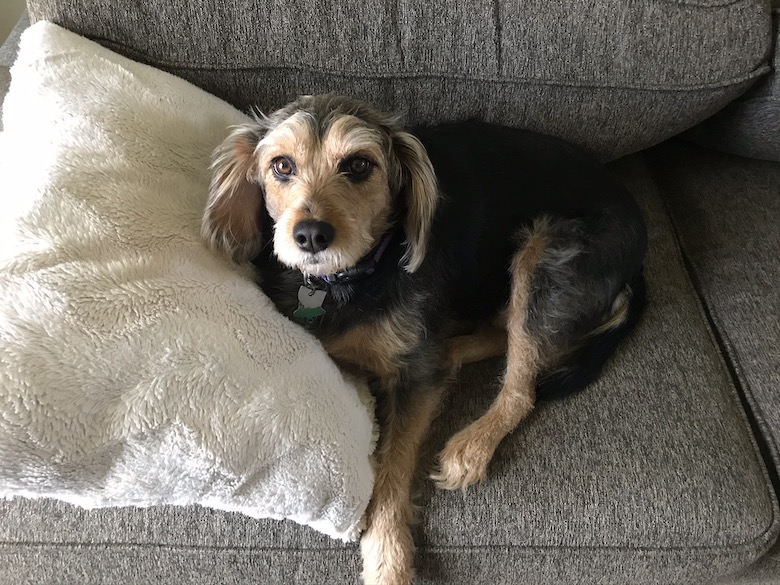 We got the runt of the litter by choice.

I wanted the perky boy puppy that jumped and yapped and made himself known. My husband desired the shy, wallflower girl puppy with the pie-wedged bite out of her ear and the broken tail. The dogs’ foster mother said that one of the dog’s brothers took the chunk out of her ear. She changed the subject when we asked about the broken tail. (This makes me think that someone abused our dog before we got her.)

Needless to say, my husband was convincing, and we went with the wallflower runt. He made a good case that she wouldn’t bark too much, and she was low-key.

We’ve had her now for three years, and we couldn’t have made a better choice. Chloe is gentle and has certainly never bitten a soul. She’s great with kids, and she adores playing with other dogs.

One day when she was still a puppy, my 88-year-old mother took care of her. My mom tried to put Chloe outside, but she wouldn’t go. Not wanting her to wet the carpet, and not being able to carry the dog down the steps because she had to hold onto the railing, she put Chloe’s collar and leash on her and pulled her down the stairs.

Chloe is a stubborn girl, and if she doesn’t want to do something, she won’t unless she’s forced.

Now, when Chloe sees my mother, she holds her nose up in the air and ignores her, just like a person who has been slighted. She seems to be holding a grudge.

Like people, they respond to gentleness. If you don’t want the cold-shoulder treatment from your canine, be very careful.

To solve this, Mom has been feeding Chloe dog treats, and Chloe now comes to her when she calls her. My mother now handles Chloe with kid gloves, talking quietly to her and petting her gently. The dog is accepting my mother’s attempts to make up.

But it might not have ended this way. Dogs have a good memory and like people, they are only so resilient. While, I thought Chloe was holding a grudge, according to some dog scientists, dogs do not have the cognitive ability to hold grudges, but they still react to bad situations. If you’re not careful in how you treat your dog they may shut you out and never let you back in. 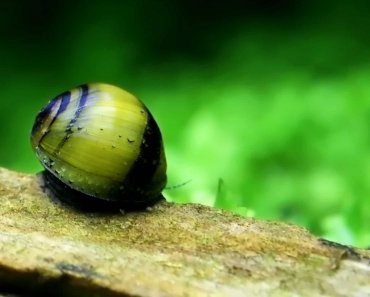 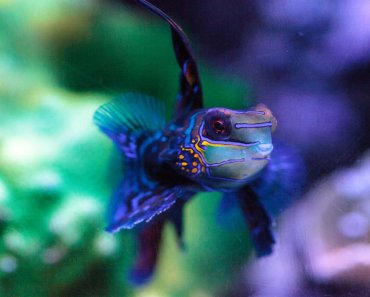 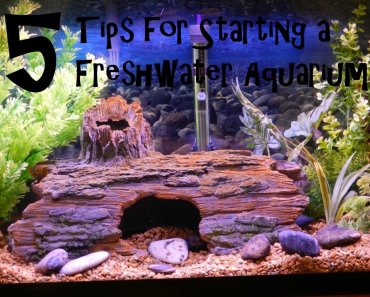 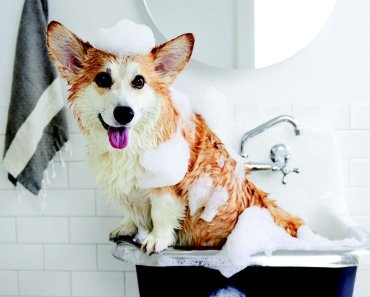 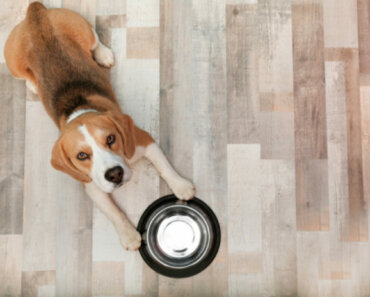 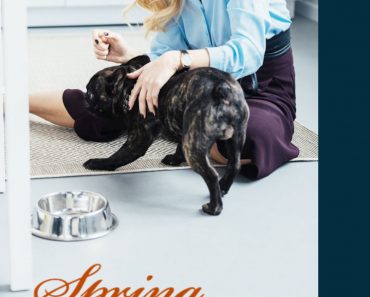