This little saltwater blenny is a cute, super-cool fish that has a curious, endearing personality and looks that are reminiscent of a miniature chameleon, as he watches you with his orbital eyes. These blennies are very well aware of their surroundings. So much so, that they can change intensity and color, depending on their mood or their environment.

If you have a saltwater marine or reef setup, you’ll want to know if one of these fascinating fish would be a good choice for you. In this guide, we tell you everything that you need to know about caring for the Lawnmower blenny.

The Lawnmower blenny is a member of the Blenniidae family of fishes and has the scientific name Salarias fasciatus. There are many commonly used names for the fish, including:

The Lawnmower blenny is so named because of its habit of grazing on algae, hopping from rock to rock in search of fresh pasture.

The Lawnmower Blenny, Salarias fasciatus, was first discovered by Bloch in 1786.

These blennies are found in the Indo-Pacific, ranging from East Africa and the Red Sea to Samoa and the Ryuku Islands. From there and southward, the fish are found on the Great Barrier Reef and New Caledonia.

The blenny’s preferred natural habitat includes shallow lagoons, reef flats and slopes, rubble patches, estuaries, and seaward reefs where algae are abundant. The fish are solitary in habit, living at depths of up to 262 feet and feeding on algae, certain aquatic plants, and general detritus.

Lawnmower blennies are not considered to be endangered with a stable population and no notable threats. Consequently, blenny Salarias fasciatus is listed as Least Concerned on the IUCN Red List.

The Lawnmower blenny is elongated in shape, changing its color intensity to blend with its surroundings and when stressed.

The fish has one continuous dorsal fin that may be mottled cream to pale tan with brown speckling and tipped with orange-red. The eyes have cream and brown speckling that blends with the fish’s body coloration. The pectoral and tail fins are clear or opaque, and the pelvic fins that the fish uses for balance when resting are white.

The blenny’s body is pale-colored to white and has seven thick, darker colored vertical bands, which alternate with lighter shading. The dark stripes can be brown to gray with lighter mottling. When required, the fish can change the front or the rear half of its body coloring to be very pale so that it blends with its surroundings.

Blennies’ bellies are typically round in shape due to their habit of constant grazing, so they almost roll as they rest in the tank or on the substrate on the ocean floor.

The species grows to measure five inches in length and can live for up to six years in a tank environment, usually in bigger tanks where there is plenty of algae growth.

There are many species of blennies within the Salarias genus, and some of them live in the same waters as the Lawnmower blenny, which can be confusing if you encounter them in their natural habitat.

This species is similar in color to S. fasciatus, but it has white spots and is smaller at 3.5 inches.

Seram blennies measure around six inches in length and have a large black circle in the middle front area of the body, slightly above the pectoral fin.

This blenny has reddish-orange spots running along the base of its two dorsal fins and only reaches 3.9 inches in length.

The Lawnmower blenny is safe to add to your tank, as it does not have a venom gland or fang.

These busy little creatures spend much of their time eating algae. In fact, these fish will eat any kind of algae, including macroalgae. That makes these characterful fish a very useful addition to any marine tank as they can help to clean decorations, live rocks, and glass, rasping off the algae with the comblike teeth.

In this section of our guide, we explain how to care for the Lawnmower blenny Salarias.

You should have a large, mature tank of at least 55 gallons that has plenty of algae growing in it. Because algae are the blenny’s primary food, you should not include other herbivores in the community that could lead to a food shortage. Bottom line: if there are insufficient algae available in the tank, your blenny could starve to death.

Salarias fasciatus is not suitable for life in a nano tank due to its requirement for a large amount of algae.

Any form of a substrate is fine, as long as there’s plenty of live rock that provides lots of surface area on which algae can grow. Your blenny will also appreciate having plenty of places in which to hide.

Lighting should be fairly good to promote lots of algae growth.

Lawnmower blennies require a normal pH of between 8.0 and 8.3 and salinity of 1.023 to 1.025 SG that is typical for all marine fish. Although the fish species are found in estuaries, they don’t stay in that environment for very long, and they do not tolerate brackish water.

Water temperature should be between 75? and 84?Fahrenheit.

You will need to carry out bi-weekly water changes of up to 20% for both fish-only and reef tanks.

Salarias fasciatus are peaceful little fishes. However, you must not keep two males or two females in a tank of fewer than 100 gallons, as they will fight to the death. You can keep a paired male and female together in a larger tank, as long as you ensure that there is enough hair algae growth for both of them to eat.

Don’t house this fish species with other blennies or with algae eaters that might out-compete the blenny for food, which can happen in a smaller tank. If you have a big tank of over 100 gallons, you can keep angels and tangs, as long as there is plenty of light and flat surfaces for good algae growth. It’s also not recommended to keep blennies with pipefish or seahorses, which will be harassed.

Blennies typically don’t bother with other fish species unless they are similar in shape and size or are viewed as competitors for food. However, you shouldn’t house blennies with large, aggressive fish, such as toadfish, triggers, lionfish, groupers, frogfish, or anglers, as they will swallow the tiny blenny in one mouthful.

Damselfish are also a bad choice of tankmate, as they are not only algae eaters, but they are very territorial and will attack the blenny, especially once they reach their mature size. Large dottybacks are also a bad idea unless you have a very large tank.

Lawnmower blennies are suitable for life in reef tanks, getting along fine with inverts, and not bothering corals or anemones other than to nip at any algae growing in the vicinity.

Rock Skipper blennies are herbivores. Do not feed your fish meaty food, as, although the blennies may eat a small amount of meat protein, too much in their diet will shorten their lifespan.

You can offer your blenny pellet or flake that’s formulated specifically for herbivores, along with some frozen, prepared herbivore foods. You may also want to grow Chaetomorphia and or Caulerpa in a separate tank or in your aquarium sump as a dietary supplement.

Feed all your herbivores first so that they are busy eating when meaty foods are introduced to the tank for other members of the community to eat. Ideally, you should feed your blenny once or twice per day.

In the wild, female blennies lay their eggs on the substrate, where the male fertilizes the eggs and guards them until they hatch. The eggs remain stuck to the substrate until hatching. The fry is planktonic, living as larvae in shallow, coastal waters.

There are no records of Salarias fasciatus being successfully bred in captivity to date.

Lawnmower blenny Salarias fasciatus is resistant to most common marine fish diseases. However, do check any treatments that you add to the tank and beware of treating them with medications that are known to be dangerous to scaleless fish.

As is the case with most fish species, good water quality is extremely important in disease prevention. So, you must keep up with regular partial water changes and the maintenance of your filtration system.

If the water quality in your tank is poor, your fish will become stressed, leaving them weakened and more susceptible to diseases.

Lawnmower blennies are readily available in most good marine fish stores, or you can buy them online from dealers.

Although these fish do generally ship well, you should bear in mind that buying a fish sight-unseen can be risky, so if possible, always source your fish from a store.

These fish cost between $10 and $20, depending on the size of the specimen.

In this part of our guide, we answer some of the questions that are most frequently asked by hobbyists who are considering adding one of these fish to their collection.

Q: What do you feed a Lawnmower blenny?

A: In their wild environment, these fish eat algae and plant matter. So, you will need an established marine tank that has plenty of algae growth. You’ll also need to supplement the fish’s diet with prepared foods that are suitable for marine herbivores.

A: Yes, this species of blenny eats all species of algae, including hair algae.

A: These are extremely hardy fish that rarely fall victim to any of the common saltwater fish diseases. That said, you must ensure that the water quality is kept within the species’ preferred parameters and carry out partial water changes regularly to maintain the cleanliness of the environment.

A: These fish have a life expectancy of up to six years in the tank environment.

The Lawnmower blenny is a charming little fish that has a great personality too.

These fish are perfect for a beginner with a peaceful reef tank, as they’re easy to care for and can be very useful in helping to keep the tank clear of hair algae. 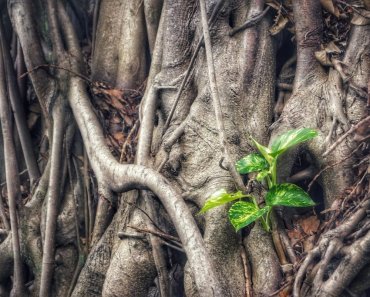 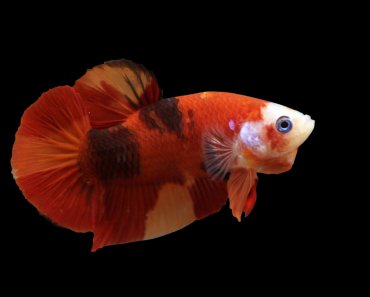 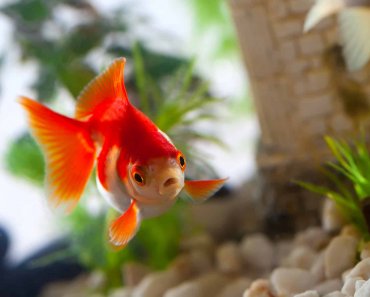 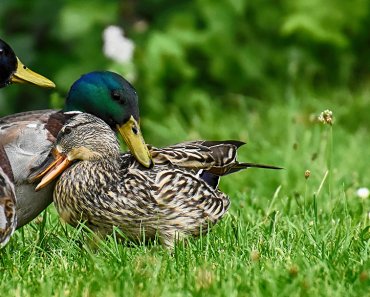 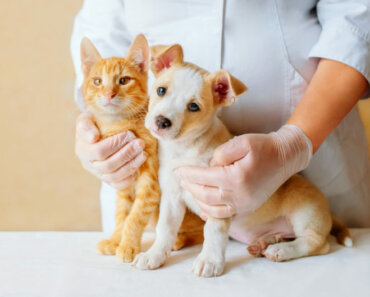 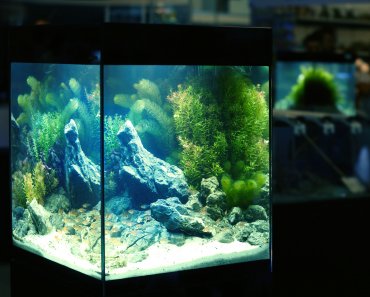