In 2015, Brad Hoop was diagnosed with a rare form of testicular cancer. During his continued string of treatments, he spent a lot of time having blood drawn for testing. It always made him anxious.

“I hate needles … I’m a guy who when you did blood work, you have to bring out smelling salts, orange juice, cold compresses and monitor my blood pressure,” he jokes.

One day as he waited, a hospital therapy dog came in. “I can’t even describe how much that dog meant,” he explains. “It was great to have that experience. It took my mind off of all the stuff I was going to have to go through and brought joy and relief for a few minutes.”

Brad decided that once he got through his cancer treatments, he was going to get a dog and give others the chance to be helped. He knew the breed he wanted to join his family, too — a Bullmastiff. He had them in the past and was confident they had the temperament for the work. 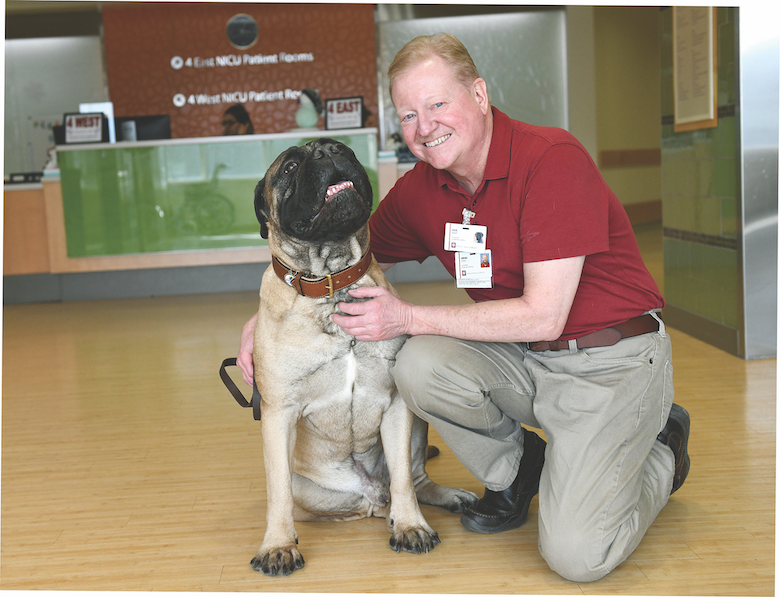 After his own illness, Brad knows the impact a therapy dog like Gus can have. Photo: Mike Dickbernd Photography

Dal Primo I Solemnly Swear, a mushy-faced Bullmastiff pup, was born in April 2016. Two years after his birth, Crystal Corner of Indianapolis, who at the time bred the dal Primo line, decided to retire. Her loveable, well-mannered giant 2-year-old show dog had proven to be a perfect candidate to be the second half to Brad’s hospital volunteer duo. It was love at first sight, and the pup was renamed Gus.

Brad wanted to give back to those at the IU Health hospital that had become family to him and to work with children. This led him to the Riley Hospital for Children, part of the IU Health network. Brad reached out to Kim Ziegler, the hospital’s pet-therapy coordinator and child-life specialist. Kim put Brad and Gus on the training path to volunteer under the strict guidelines her program requires.

First step: get Gus through the American Kennel Club’s Canine Good Citizen program. After that Gus was evaluated by Paws and Think, a volunteer-led nonprofit serving central Indiana by connecting people with dogs for life-saving and life-changing results. It was there Gus learned how to behave around the sights and sounds he would encounter in a hospital. After passing and getting his therapy dog certification (something he must test and renew every two years), Gus was evaluated by Kim Ziegler herself.

Brad and Gus now visit Riley’s every Tuesday. They’d love to go more often, but Gus must be bathed within 24 hours before his visit with the kids, an activity that is too much for his skin to do more than once a week. 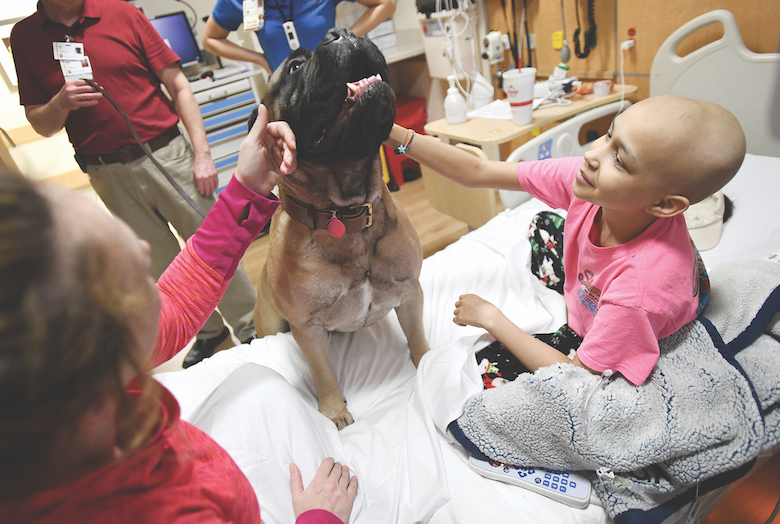 Besides the bath and the beef-bone reward Gus receives afterward, it’s when Brad gets the backpack that they take to the hospital, which signals to Gus he’s about to go to work.

“When he walks through the hospital door, it’s like it just clicks for him,” Brad explains proudly. Gus knows what he is there to do and he loves doing it.

Riley Children’s Hospital has strict protocol for its pet therapy program. Kim herself escorts Brad and Gus to each child’s room. Everyone in the room sanitizes their hands, and the child has given permission to see Gus.

A sheet is put down where Gus will be. Brad sanitizes his own hands, the duo comes in and Gus takes over!

He prefers to have his front paws up on the patient’s bed but stays down if that is the child’s preference. Gus loves to have the children rub his velvety ears and the soft fur on the top of his head. He cuddles close, allowing the kids to wrap their arms around his impressively large head — all the while emanating strength and love.

“When a mom tells you that is the first time their kid has smiled in weeks when they see Gus, that is what it is all about,” Brad explains. He also remembers a parent telling him that their child couldn’t get her head off the pillow but raised it for the first time when Gus came in the room.

After visiting patients’ rooms, Brad and Gus make another stop so the hospital workers can have their time snuggling with Gus. Due to Brad’s own experience, he knows that they, too, can benefit from time with a loving pup.

When the two get home, Gus is pooped and usually naps the rest of the day. Although he still manages to enjoy his second beef bone — his reward for a job well-done.

The volunteer work is rewarding to Brad. He’s been there, and he knows the impact a therapy dog like Gus has. He concludes, “If I can bring some joy and take away some of that pain for just a few minutes for the kids and the staff, that’s well worth it.

Read Next:How to Raise a Puppy to be a Guide Dog 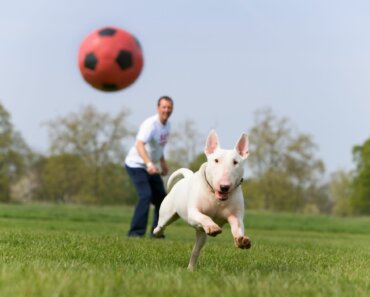 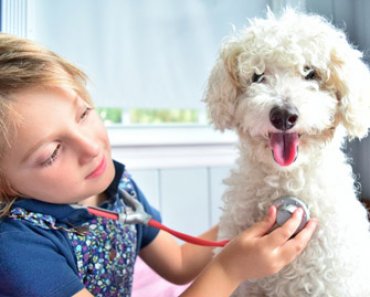 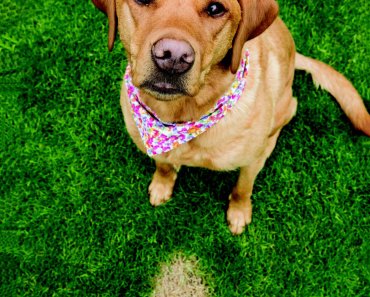 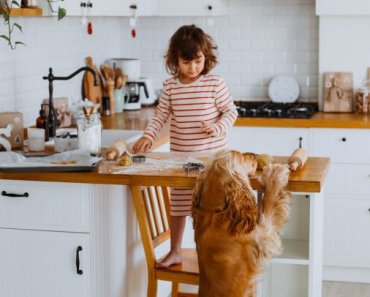 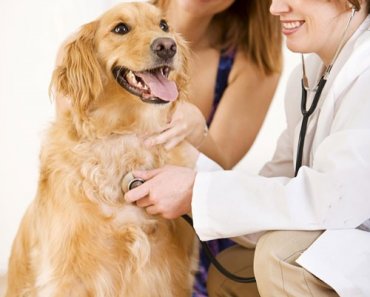