Clownfish are one of the most popular fish in the aquarium-keeping hobby. These fish come in a variety of colors, and their playful attitude makes them famous among younger audiences. Unfortunately, though, many people still purchase them without the proper marine tank setup.

You don’t need to be an advanced aquarist to keep clownfish, though, and if you’re one of the few who has the correct saltwater aquarium setup, there is actually a wide variety of clownfish you can keep. Clownfish species can differ in almost every capacity, from their size to their color pattern to their fins.

Keep reading to find out everything you need to know about all the different types of clownfish available and how to keep them in your own saltwater aquarium!

Whether you’re an aquarist or not, most people can recognize a clownfish when they see one. Assuming, of course, they’re looking at the small fish with the orange, black, and white color pattern made popular by Pixar’s Finding Nemo. These aren’t the only type of clownfish, though, and these beautiful fish are much more complex than most people think! In fact, there are over 30 species of known clownfish in nature, with many types and varieties available in the aquarium hobby. Clownfish belong to the Amphiprioninae family with species ranging from about 3 inches (7.6 cm) to 7 inches (17.8 cm) in length. They can be found in shallow reefs around the Indo-Pacific.  Clownfish are known for their complex symbiotic relationship with their host anemones. While anemones usually sting fish and corals, clownfish have evolved to excrete a mucus that protects them from anemone stings. Through this relationship, clownfish receive shelter while the anemone receives food and protection. As we’ll see later, this symbiosis does not always translate to the average aquarium setting.  Interestingly, all clownfish are born male. These, as well as some other types of fish, are sequential hermaphrodites, meaning they can change their sex later on to maintain pairs and hierarchies. This also comes into play when kept in the aquarium. Although clownfish are considered friendly and community-safe, they are in the same family of damselfish, Pomacentridae, which are known for their aggression. For the most part, clownfish establish a territory and only defend when necessary, though it’s not impossible that you’ll find yourself with an aggressive clown.

Keeping clownfish in the aquarium

Peaceful clownfish are easy to keep in the aquarium and can be kept in most setups — they are hardy fish that can withstand most beginner’s mistakes.  That being said, there are a few proper care requirements for keeping them happy and healthy.

Clownfish are a popular choice at fish stores because they can be kept in almost any tank size. Depending on the variety and species you choose, a pair of nearly any type of clownfish can be kept in a 10 gallon (37.9 L) aquarium. However, some hobbyists have successfully kept one small clownfish in a 5-gallon tank (18.9 L), though this is only recommended for advanced hobbyists that can later transfer them to a larger tank.  Clownfish naturally live in ocean coral reefs, so they are obviously reef-safe and can be kept in fish only (FO), fish only with live rock (FOWLR), or full reef tank setups. In general, they stick to one area of the aquarium and spend the majority of their time there. At night, you may see them swimming upside down against the side of the glass or underneath a pump. Don’t be alarmed as this is normal clownfish behavior — as long as they are not getting caught up in the filtration, they’re safe.  In general, these fish need a regular saltwater aquarium setup with live rock, adequate water flow, and good filtration. Water parameters should be preserved at all times through regular tank maintenance and water changes.

Do clownfish need an anemone?

Many beginners in the aquarium industry long for a saltwater aquarium with an anemone and clownfish. Believe it or not, the anemone is much more challenging to keep than the clownfish. Even anemones in aquariums can grow wildly large, split quickly, and they are temperamental. They need strong lighting and excellent water quality. Anemones can also move around the tank at any given time and might land in an undesirable location,  annoying other corals. Worst of all, your clownfish might even ignore your preferred anemones entirely as most captive-bred fish are unfamiliar with the concept of hosting.  Many novice aquarists, unfortunately, are not equipped to house an anemone but try to anyway. They either get frustrated when their clownfish fails to host it, or they end up with a dead or uncontrollable anemone. This isn’t to say some types of anemones can’t be enjoyed or successfully introduced into an aquarium, but they require adequate research. Never impulsively buy an anemone for your clownfish just because you think it needs one. The fact is, clownfish will do just fine without an anemone host. In fact, they might even host other look-alike corals, like species of Euphyllia, without having to go through the hassle of maintaining an anemone.

Another factor making clownfish popular among those in the saltwater aquarium hobby is their compatibility with nearly all other common species.  Because they are a type of damsel, they are able to defend themselves from more aggressive species. However, you probably should not keep them with larger species capable of easily eating them.  In general, they’re kept in pairs in saltwater communities with other reef species. When choosing clownfish, it might not always be possible to get an already established pair. Because of their ability to change sexes, we recommend one of each size of clownfish — one larger and one smaller — so it’s easier for them to decide who will change. When introduced into the tank together, there may be some fighting regarding which is female and which is male, but this should only last a week or two. In time, the female will become much larger. We should note that these pairs will only form between two clownfish of the same species. However, color varieties within a species don’t matter. A black clownfish may still form a pair with a clownfish with an orange body, for example, as long as they’re both of the ocellaris species.  Even though clownfish love to be in pairs, they usually won’t tolerate any additional clownfish of the same species, or different species, sharing their tank water. Many times, members of the saltwater aquarium hobby attempt harems of clownfish in larger aquariums. Sometimes this works, and other times it does not.  For the best chances at a harem, introduce all clownfish together at the same time. In setups like this, it is usually recommended to keep anemones as well so that each pair can have its own protected territory in the aquarium. Most types of clownfish will adapt relatively well to a harem, given the right conditions.

Given that there are over 30 species of clownfish to choose from, there are many more options available to hobbyists than the typical orange, black, and white striped fish.  Most clownfish you come across in your local pet stores are captive-bred. For better chances of having a clownfish that will host an anemone, it is sometimes better to go with wild-caught, though captive-bred are more sustainable overall. Clownfish breeding has also led to enhanced traits in some species.  Here are some of the most popular types of clownfish, along with rarer types and other popular designer clownfish, many of which designer brands originate from ORA Farm.

Ocellaris clownfish, also known as false clownfish, or false percula clownfish, are your typical Nemo type, suitable for both small and large aquariums. They grow to be about 3 inches (7.6 cm) big and come in the traditional orange color with black and white markings.  Unsurprisingly, this type of clownfish can and have been bred to exhibit more extreme traits. Here are some common variations of ocellaris clownfish:

True percula clownfish are very similar to ocellaris clownfish and can be somewhat difficult to tell apart.  Contrary to the popular belief that one is captive-bred and the other is wild-caught, they are actually two totally different species. There are three main factors to telling these fish apart. True percula clownfish will have:

On the other hand, false percula clownfish will have:

As the tank requirements between these two species are largely the same, it doesn’t truly matter which one you end up with as long as you buy a pair of the same species.  Like ocellaris, there are different variations of percula clownfish available.

The maroon clownfish is one of the largest types of aquarium clownfish to keep and part of a different genus from the previous ones listed. They can grow to be about 6-7 inches (15.2-17.8 cm) and will need at least a 40 gallon (151.4 L) aquarium.  Species of maroon clownfish are relatively easy to identify as they have much broader bodies. They are not as streamlined as the members of the Amphiprion genus and are varying degrees of reds instead of bright oranges; these colors largely depend on where the parent fish were collected from and then later bred. Here are some popular variations of maroon clownfish:

Clarkii clownfish, sometimes misnamed as sebae clownfish, likely due to their preference for the sebae anemone, are one of the less popular types of clowns as they can be very aggressive and destructive. On the other hand, they can bring lighter shades of orange and yellow to the aquarium. Clarkii clownfish have a stockier body that is about 4 inches (10.2 cm) long. These clownfish are some of the most likely to successfully host an anemone.  Some popular variations of clarkii clownfish include:

If you’re looking for another less popular species of clownfish but something much less aggressive than the clarkii clown, the skunk clownfish can deliver both. There are a few species of skunk clownfish available, like the orange skunk (Amphiprion sandaracinos), though the pink skunk (Amphiprion perideraion) is the most common and readily available.  Pink skunks grow to be able 3-4 inches (7.6-10.2 cm) when fully grown. They are named due to the white band that runs down along their dorsal; pink skunks will also have a white band over their gills while orange skunks will not. As of yet, there are little to no variations of skunk clownfish.

Last, but not least, the tomato clown is one of the most common clownfish species you’re likely to come across at your local aquarium store. These fish grow to be about 5 inches (12.7 cm) and are named after their intense red bodies. They have a single white band that wraps around the front of their head.  These fish can be aggressive at mature sizes, though they are generally considered a community clownfish species. There are little to no variations of tomato clownfish available.

There are many other species of clowns available and even more designer breeds. Here are some of the less common clownfish to come across:

In general, most of these clownfish have the same care requirements, though potential size will vary with species. Aggression may also differ between species, so make sure to check compatibility before introducing any new fish into your aquarium!

Clownfish are one of, if not, the most popular fish in the aquarium hobby. They are the first fish many new saltwater hobbyists want to add to their aquariums and for good reason. One, these fish are extremely easy to take care of and can be kept with an assortment of other species. And two, they come in many shapes and sizes–probably more than the average hobbyist is even aware that exists! If you have any questions about any type of clownfish listed here, other species of saltwater fish, or have had experience raising your own clownfish, don’t hesitate to leave a comment below! 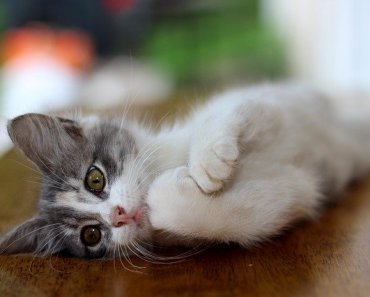 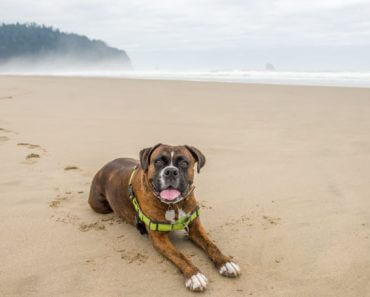 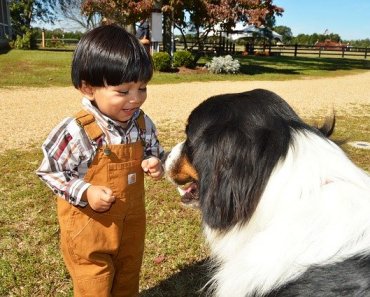 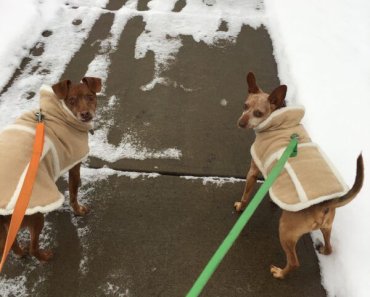 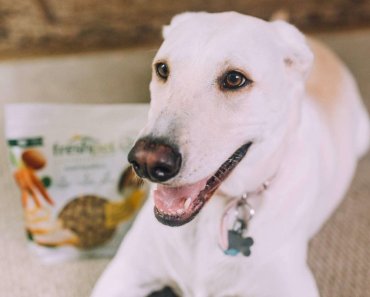 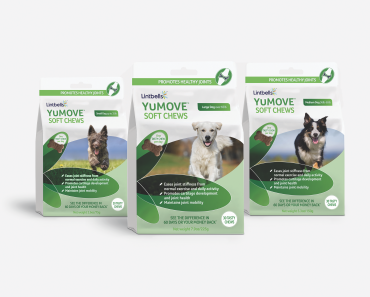