Tetras are an ever-popular group of small tropical fish that form a staple exhibit in many aquariums right around the world. Most tetra species are suitable for beginners too, and there are around 150 species to choose from! In fact, these brightly colored, active little fish are often kept in a tetra only tank, where they make a beautiful display to rival the largest single feature specimen.

However, if you want to add a small group of tetras to a community setup, these peaceful fish are a perfect choice. If you only have a small nano tank, tetras can be a great species to keep, and they generally get on well with betta fish too.

In this guide, we find out more about tetras, including some information on the ideal tank conditions for the species. And we introduce you to 12 of the less-commonly seen tetra varieties that could really make a splash in your home aquarium.

Tetra is the standard, all-inclusive name for many varieties of tropical freshwater characiform fishes of the biological family, Characidae, which are different from other fish species in that they have a small adipose fin set between the caudal and dorsal fins. Most tetras are brightly colored, making them an immediate hit with fishkeeping enthusiasts right around the world.

These small fish come from parts of South America, Central America, and Africa, depending on the species. At the time of writing, there are around 150 recognized varieties of tetras, many of which are kept by aquarists in home aquariums.

Although each tetra species is different in coloration, their conformation is essentially the same.

There is also a small fin that’s located between the caudal and dorsal fins. That fin forms the fish’s fourth unpaired fin and gives the fish its name tetra, from the Greek for four.

Most tetras are small fish, measuring up to an inch or so in length, depending on the species.

Like most small tropical fish species, tetras have a relatively short lifespan of up to around four years.

To ensure that your tetras are happy and feel at home, you need to create a biotope. A biotope represents the natural habitat from wherever in the world the fish species originates. South American species of tetras live in soft-water rivers with stained water, a soft, sandy substrate, and bogwood. These habitats are typically dimly lit, as they are surrounded by dense rain forest. Some environments are heavily vegetated, whereas others have no plants at all, being filled with fallen leaves from overhanging trees.

The effort you put into creating the perfect biotope for your fish will be rewarded with brighter colors and more authentic fish behavior. Your tetras may even begin to spawn naturally in your tank!

To be sure of getting the tank setup correct for your chosen species of tetras, be sure to do some in-depth research first. That’s especially important if you’re choosing multiple species of fish. It’s always much easier to keep your collection happy and healthy if they all share the same preferred water conditions and diet.

Now, we’re going to take a look at several of the most commonly seen and popular tetra species that you’ll find in fish stores and pet shops, as well as focusing on some of the more unusual variations that you may want to consider adding to your community.

Neon tetras are perhaps the most popular of all the tetra species. These brilliantly colored, peaceful little fish are easy to keep, small enough for a nano tank, and make a great addition to a community setup.

The Neon tetra is a South American tetra, enjoying a rainforest biotope environment. Water temperature should be between 70° to 79° Fahrenheit, and the water should have a pH of between 6.0 and 7.5. Neon tetras are omnivorous fish that will eat pretty much anything, including tropical fish flake, blood worms, and the like.

There are several variants of neon tetras, including Green neons and Black neons. There are also albino and long-finned varieties that make a more unusual addition to your tank. Neons typically grow to measure less than half an inch long.

Cardinal tetras are often confused with their Neon cousins. However, the Cardinal tetra can be recognized by the red body stripe that extends across the full length of the fish’s body, rather than stopping halfway. Also, Cardinal tetras are slightly larger than Neons. Other than that, the living conditions and nutritional requirements of the two variants are exactly the same.

Cardinal tetras are found in the Upper Orinoco and Negro river basins of South America.

The Ember tetra from the Araguaia river basin in South America is a beautiful little fish that adds a delightful splash of color to any tank. This tetra is a relatively recent discovery, only being officially recognized in 1987. However, you can find these pretty, lively fishes in most good fish stores or from online dealers.

Like all tetra species, Embers should be kept in schools of at least six individuals. The Ember’s preferred water conditions are quite soft with a dKH of between 4.0 and 8.0, a pH of 5.5 to 7.0, and a water temperature of between 72° to 82° Fahrenheit.

The Kitty tetra comes from South America, specifically from the Teles Pires River in the upper Tapajós basin in Brazil. These unusual little tetras prefer a water pH of between 6.0 and 7.5 and a water temperature of 75° to 82° Fahrenheit.

This species of tetra is still quite new to hobbyists, but they do make a wonderful addition to your tank, and males develop an elongated dorsal fin, and their looks improve as they become mature.

The Lemon tetra is another tetra that comes fro the Tapajós river basin in South America. These are very popular fish that you’ll find in many fish stores.

At just 1.6 inches in length, Lemon tetras make a great addition to a small, well-planted tank, getting along well with other peaceful fishes and thriving in water with a pH of between 6.0 and 7.5 and a water temperature of 73° to 82° Fahrenheit. As the males of the species mature, their coloration darkens.

The Bentos tetra is also sometimes called the Ornate tetra, and it’s easy to see why. These elegant, attractive little fishes come from the Amazon River basin and are one of the larger tetra species, growing to around 1.6 inches in length. These little fishes make a smaller alternative to the Bleeding Heart tetra, and you can now find another even better-looking variant called the Bentosi “White Fin.”

Bentos tetras prefer water pH levels to be between 6.0 and 7.5 and a water temperature of 75° to 82° Fahrenheit.

If you’re looking for a really impressive tetra to add to your community tank, the Emperor tetra has to be on your list. Hailing from the river basins of San Juan and Atrato in South America, these tetras grow to be around 1.6 inches in length and look truly spectacular when kept in large groups. Like many tetra species, the Emperor’s looks improve as it ages.

Emperor tetra’s preferred water conditions are a pH of 6.0 to 7.0 with a water temperature of 73° to 81° Fahrenheit.

If you’re looking for a large tetra for a bigger aquarium setup, the Colombian Redfin tetra could be a good choice. Colombian Redfins grow to be around 3 inches long, making them one of the larger tetra species.

These fish come from the Acanti River basin in Colombia, where they live in small, heavily vegetated streams. The preferred water temperature for the species is between 75° to 82° Fahrenheit with a pH of between 6.0 and 7.0. These large, active, and robust fish can be safely housed with medium-sized South American cichlids, and take on a gorgeous blue and red coloration when they are fully mature.

The Black Phantom Tetra is a very attractive little fish that makes a lively and interesting addition to a tetra tank or community setup.

These South American tetras come from the Guaporé and Upper Paraguay river basins where the water temperature is between 75° to 82° Fahrenheit, and the pH is in the 6.0 and 7.5 range. Black Phantom tetras do best in a heavily planted tank, where they will spawn readily without any special attention or care. As the male fish mature, their dorsal fin becomes extended, and they become darker in color.

The sparkling Diamond tetra comes from the Lake Valencia basin in Venezuela.

These fish need a water temperature is between 75° to 82° Fahrenheit and a water pH of between 6.0 and 7.0 and do best when kept in large groups in a well-planted tank with lots of hiding places so that this nervous, shy fish feels confident and secure.

These are one of the larger tetra species, reaching around 2.5 inches in length and boasting gorgeous flowing finnage extensions and dazzling metallic scales.

The Coffee Bean tetra is a recent arrival on the hobby scene, originating from the waters of the Oyapock and Araguari river basins in South America.

These tiny fish grow to just 1.2 inches in length, and they are so named for the dark markings on the fish’s flank. Coffee Bean tetras prefer a water temperature of between 75° to 82° Fahrenheit and the pH in the 6.0 and 7.5 range.

The dainty Loreto tetra can make a great alternative to the more commonly seen Neon or Glowlight tetras and are a similar size at around 1 inch long.

Loreto tetras come from the Upper Río Amazonas in Peru, preferring a tank with plenty of planting and a water pH of between 5.5 and 7.5 and a water temperature of between 75° to 79° Fahrenheit. These are extremely peaceful fish that mix well with pretty much all other species, including bettas.

All the more common species of tetras are readily available from good fish stores. Sometimes, you’ll see one or two rarer or more unusual varieties too, or you can usually find these for sale online.

Tetras are pretty robust, provided that they are kept in their preferred conditions, the tank is well-maintained, and the fish are fed a high-quality diet. However, all tetra species can be attacked by parasites and succumb to bacterial infections if the fish are weakened by stress or poor water hygiene.

Conditions to watch out for are Ich (White Spot Disease), fin rot, flukes, and injuries sustained during transportation or as the result of an attack by aggressive fish. All these common fish diseases can be treated with a disease-specific, over-the-counter product that you’ll find in your local fish or pet store.

Schools of sparkling, colorful little fishes darting around a beautifully aquascaped display tank is a wonderful sight to behold and can create the perfect focal point to any room in your home. Tetras are easy to care for, readily available, and peaceful fishes that make an excellent addition to any community fish tank and are suitable for beginners to the hobby and experienced aquarists alike.

With over 150 species of tetras to consider, you’ll never be short of ideas and inspiration when you come to choose tetras for your tank. 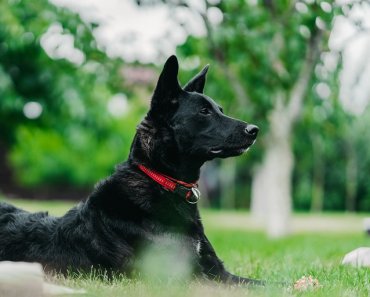 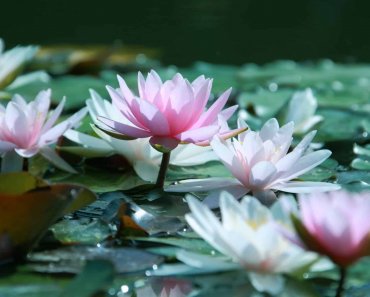 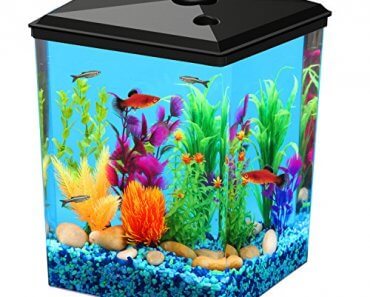 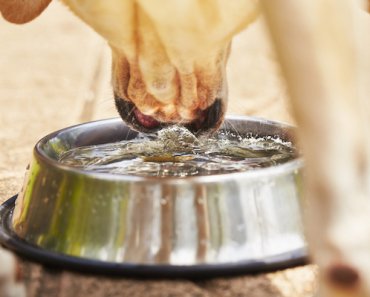 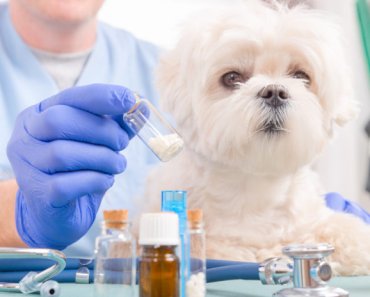