If you see a cute puppy in a pet shop window or being sold over the internet, it’s possible that puppy came from what is known as a puppy mill or a commercial mass breeding operation. John Goodwin, senior director of the Humane Society of the United States’ Stop Puppy Mills campaign, who spearheads national advocacy work to end puppy mills, estimates that conservatively there are 10,000 puppy mills in the country producing about 2 to 2.4 million puppies per year. The majority of these puppies are then sold online via websites and in pet stores.

First and foremost, the problem with puppy mills are the conditions that dogs are kept in. Kristen Collins, vice president of ASPCA Rehabilitation Services, explains that some puppy mill dogs “spend their entire lives outdoors, exposed to the elements, while others are indoors, crammed in filthy structures. It is not uncommon for these dogs to live in cages with wire flooring, sometimes stacked up in columns, which can injure their paws and legs.”

Most puppy mill female dogs are bred each heat cycle and spend their entire lives having litter after litter of puppies. While the most inhumane puppy mills are investigated and shut down, many puppy mills continue to operate completely legally under the current regulations by the United States Department of Agriculture (USDA).

The Stop Puppy Mills campaign says the conditions in puppy mills are so bad that “if you or I were to keep dogs in similar conditions, the county sheriff would probably be knocking on our door.” Yet many puppy mills continue to operate, churning out large numbers of under-socialized and sick puppies because people unknowingly keep buying them.

Is it a puppy mill?

Signs that a breeder is really a puppy mill include: 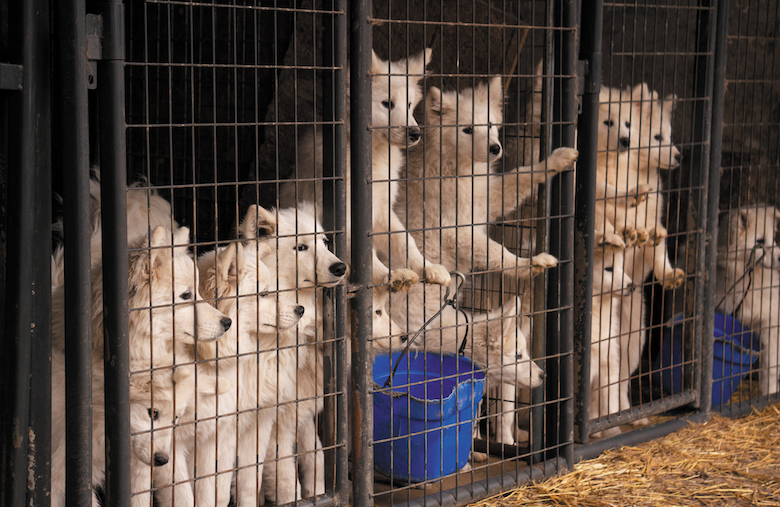 In November 2018, the ASPCA assisted authorities with the rescue, evidence collection, transport and sheltering of more than 150 dogs from a puppy mill in Iowa. Many of the dogs, including those pictured here, received specialized treatment from the ASPCA Behavioral Rehabilitation Center and have since been adopted into loving homes. Photo: Courtesy of ASPCA.

Common medical conditions experienced by puppies being sold in pet stores from puppy mills, according to John, include parvovirus, giardiasis and distemper, as well as campylobacteriosis, which can be passed to people. Because puppies born in puppy mills typically are removed at just 6 weeks of age, they miss key socialization. They are likely to develop behavior issues like shyness, aggression, fear and anxiety.

Even if the puppies themselves are never explicitly mistreated, being born in a commercial breeding program has lifelong impacts. “Not only do psychological issues like anxiety and fearfulness have genetic roots, but these conditions are further exacerbated by exposure to excessive stress, both before and after birth,” Kristen explains.

Once you buy a puppy from a puppy mill either directly or indirectly, you are on your own. There is no contract between you and the breeder attesting to the health of that puppy, nor will the breeder take responsibility for the dog in the future should issues arise and you are no longer able to keep the puppy. Many of these dogs end up homeless in shelters and rescues.

How to tell a responsible breeder from a puppy mill

Responsible breeders breed small numbers of litters and are selective about what dogs they breed and when. They have dedicated their lives to bettering and preserving the breed. When getting a puppy from a responsible breeder, you likely will have to wait for a litter to be born, and there may even be waitlists. Prospective puppy buyers will be interviewed and have to be approved by the breeder before being matched with puppies.

Brandi Hunter, vice president of Public Relations and Communications for the American Kennel Club, explains that a responsible breeder has “spent years researching pedigrees of the breed, knows the specifics of not only the breed but of the line he or she breeds — they can tell you generations behind the dogs you see in their home or kennel.” Getting a puppy from a responsible breeder ensures that the puppy has had all possible health checks, as have her parents and grandparents, preventing hereditary and debilitating conditions.

Although the HSUS encourages people to consider adopting from a shelter or rescue, it offers a “Responsible Breeder Checklist” on its website humanesociety.org, which includes questions to ask, like where the dogs and puppies are kept, meeting the parents and openly discussing all health tests that the puppy’s parents and grandparents have undergone.

Just to note, in recent years the numbers of dogs in some breeds have become so low that the breed is actually at risk of disappearing. Responsible breeders of these rare breeds, including Briards, Bedlington Terriers, Löwchen, Skye Terriers, Glen of Imaal Terriers, Pharaoh Hounds, Otterhounds and others are focused on literally saving the breed. By responsibly breeding these rare dogs, they are ensuring these unique breeds will exist for generations to come. Preservation-minded breeders focus on ensuring the dogs they produce are not only physically and mentally healthy but also capable of doing the jobs they were originally bred to do. 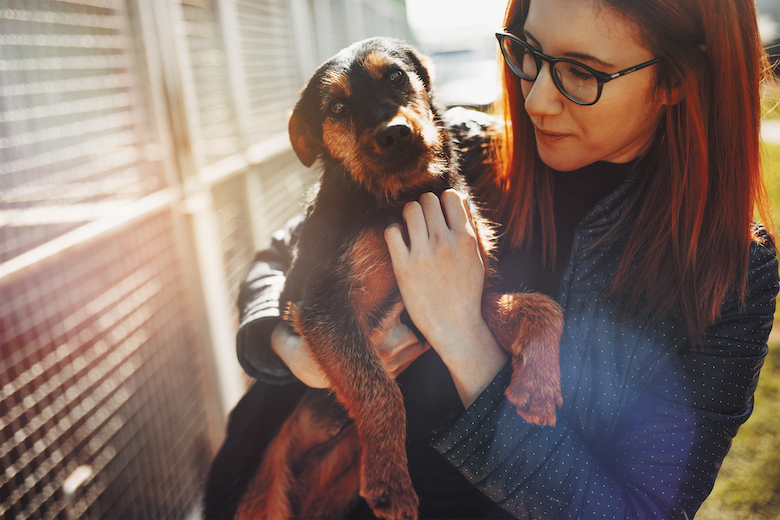 In addition to public education about what the conditions in puppy mills are like, John says that the primary approach for HSUS to end puppy mills is through state-level advocacy and legislation to ban the selling of dogs in pet stores. HSUS has found that it has been able to get much more meaningful reform than shutting down puppy mills because despite the conditions, many are operating legally under current USDA regulations. As of this writing, John notes that 334 localities across the country have banned the selling of dogs in pet stores. Many pet stores across the country now partner with local rescue organizations and spotlight dogs up for adoption instead. 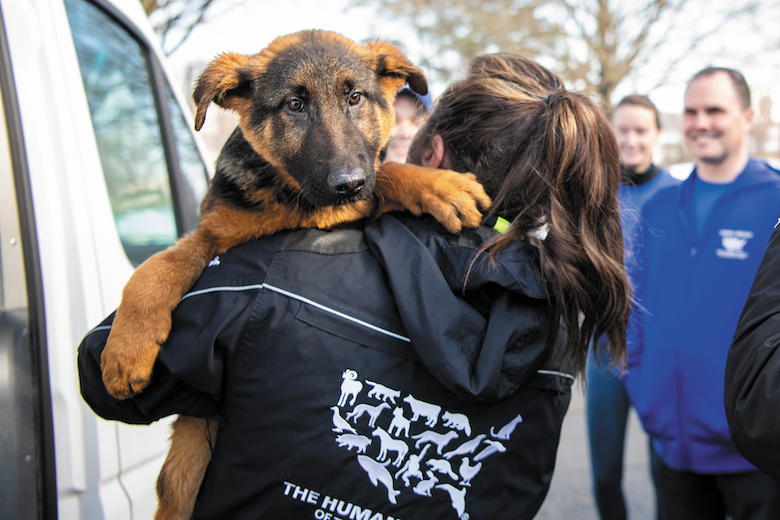 n January 2019, members of the HSUS Stop Puppy Mills team and Animal Rescue Team helped with the transport of nine German Shepherd dogs and puppies to the Humane Society of Washington County.
The dogs were part of a group of 54 German Shepherds recently rescued from a Maryland puppy mill, and were previously being cared for at a rural Maryland shelter with limited resources. The HSUS provided the rural shelter with grants to help with the veterinary needs of the recovering dogs. Photo: Meredith Lee | The HSUS

When puppy mills are closed down, humane organizations and rescues step in and take in large numbers of dogs and puppies. These dogs, especially those who were used for breeding and have spent their entire lives confined, have significant training and rehabilitation needs. There is hope for them.

Kristen shares that in her experience, “Many puppy mill dogs who come through the ASPCA’s Behavioral Rehabilitation Center in Weaverville, North Carolina, graduate after treatment and go on to live successful, happy lives in adoptive homes. Over time, these resilient survivors can often overcome their difficult pasts to form bonds with people and learn to enjoy life as pets.” Because of their limited socialization, most puppy mill survivors need patience as they slowly are desensitized and develop positive associations with their new life. 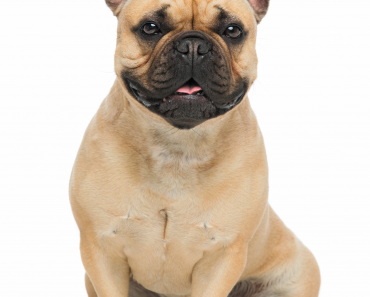 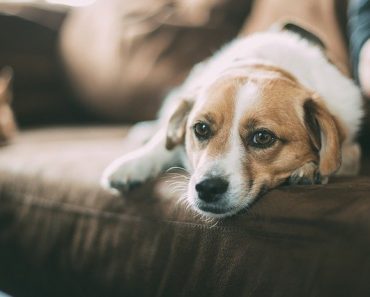 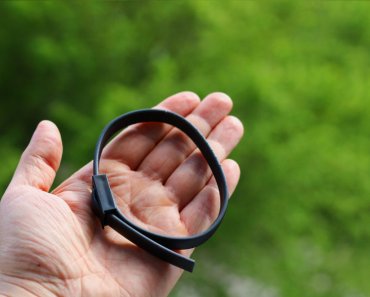 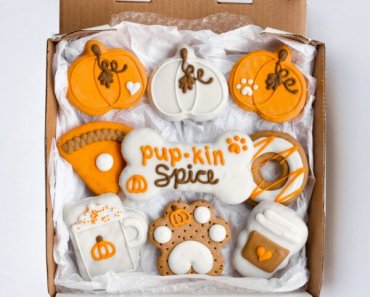 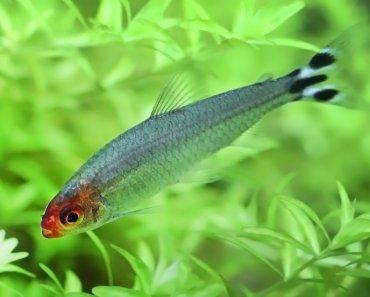