Are you looking forward to your new puppy joining you for adventures at home and beyond? If you love to travel, you just might be considering some travel dog names for your new companion. We’ve fetched names that just might be the ticket, whether you’re considering a destination name or one that harks to the spirit of adventure.

Asia: The name Asia is believed to have originated from the Greek word Asía which was used to refer to Eastern lands and can mean “sunrise” or “resurrection.” In Greek mythology, Asia was the daughter of Oceanus and Tethys and the mother of Atlas.

Aspen: The name Aspen is an old English and Welsh baby name. Aspens are known for their strong, tall trunks with bright yellow-orange leaves in the fall – making it a perfect representation of a dog with strength and vibrancy.

Austin: The name of the capital of Texas dates back long before the Lone Star State; it is derived from the Latin word Augustinus, which means great or majestic. (See our Texas dog names post for more ideas)

Bali: The name “Bali comes from ancient Sanskrit and roughly translates to “offering” or “prayer.”

Cairo: The name of this Egyptian city is believed to have originated from the Arabic al-Qahirah which literally translates to The Victorious or The Conqueror.

Capri: The name Capri, a stunning Italian island, is rooted in Latin and means “goat” or “goatskin.”

India: The name India is a derivative of the term “Indus”, with roots in the ancient Sanskrit word Sindhu. The name India came from the Indus River, an important waterway for traders.

London: No one’s quite sure where the name London was derived although etymological theories includes meanings ranging from “city of the moon” to “moon fortress” to “valley city.” Whatever the origin, it’s definitely a dog name that represents history, culture and style.

Lucia: Whether tied to the Caribbean island of St. Lucia or the Big Sur city of Lucia, this name is derived from the Latin word for “light.” It makes a unique alternative to Lucy, one of the most common dog names.

Malta: Malta is an ancient name which originates from the Mediterranean island of the same name. In history was earlier known as Melite, derived from the Greek word mélē meaning honey, a reference to the honey industry long active in the islands. Others, however, believe the name of this Mediterranean island nation is derived from the Phoenician word for “haven” or “port.” Whether your new dog is as sweet as honey–or your haven in trying times–this name’s a winner!

Paris: The name Paris is evocative of romance and charm, but its origins are somewhat mysterious–and meanings might range from creator to defender. In Greek mythology, Paris famously abducted Helen of Troy and started the Trojan War.

Rio: Rio is one of the most iconic cities in the world, and its name holds a special meaning: literally “January River” in Portuguese. Explorer Gaspar de Lemos arrived at Guanabara Bay on January 1st 1502; thinking it was an estuary of a river, he named it Rio de Janeiro. A fun name for a water-loving dog (or a dog born or adopted in January!)

Rome: The Eternal City was most probably named for the legend of Romulus and Remus. According to this myth, two brothers were abandoned in a basket on the banks of the Tiber River. A she-wolf found them and nursed them. When Romulus grew up, he built a city on the spot where he was saved, which he named Rome after himself.

Siena: This Tuscan city’s name may have come from the Latin word Senius which translates to “invincible” or “unconquered.” According to ancient legend, the city was founded by Senius – son of Remus (yep, the one raised by a wolf). As a given name, Siena is often spelled Sienna, also an orange-red color, a perfect name for a Rhodesian Ridgeback or Redbone Coonhound.

Lewis & Clark: Meriwether Lewis and William Clark are best known for their incredible 8,000-mile expedition from St. Louis to the Pacific Ocean. In 1804, Lewis and Clark set out westward with a crew including Sacagawea, a Shoshone interpreter who helped them navigate the terrain.

Marco & Polo: Yes, you could name a single dog Marco Polo…but a duo will make every outing as fun as a pool party.

Stanley & Livingstone: Your dog may not say “Dr. Livingstone, I presume,” but you can presume one will quickly find the other.

OK, some river names–like Mississippi, Colorado and Potomac–are a bit of a mouthful to shout at the dog park but these rivers make catchy, unique names for dogs:

Gila: A tributary to the Colorado, the Gila River travels through New Mexico and Arizona. The given name Gila is an old Hebrew name meaning “happiness” or “joy.”

Isla: Whether you use the Spanish pronunciation for the word for “island” or the Scottish pronunciation for this girl’s name, Isla brings to mind tropical tranquility–and is the name of our new dog! The Scottish girl’s name Isla is derived from the name of an island off the west coast of Scotland, thought to have come from the Gaelic word for “water.”

Jetty: A jetty is a structure built from stone, concrete, timber or other material that extends out into a body of water.Jetty structures can be found along many shorelines around the world and are commonly used for fishing, docking boats and recreational activities such as swimming. We named our black cat Jetty. She is a Hurricane Harvey survivor from the Texas coast and reminded us of the jetties that survived the storm unlike so many other structures.

Marina: Marina is derived from the Latin word for ‘of the sea’.

River: Most often used as a male name, River is suitable for any puppy who loves water.

Sailor: The name Sailor has grown in popularity over recent years and is derived from the Old French saillour, which means ‘traveler’ or ‘seaman’.

Skipper: The name Skipper is an English surname that may have derived from the Dutch word Schipper which means “ship captain”.

These baby names are perfect for the fur baby who will travel at your side:

Atlas: Atlas originates in Greek mythology and is associated with a Titan god who was tasked with holding up the sky. According to legend, he held up the sky on his shoulders for eternity as punishment from Zeus. The name has become synonymous with massive strength, courage, determination and perseverance.

Compass: A great name for a dog who will help you find your way!

Jet or Jett: The name Jett was originally derived from the Old French word “jaiet” which means ‘jet black’. It was first used as a surname, but eventually came to be used as a given name in the 19th century. The name Jett is often seen as an alternative spelling of ‘Jet’, but the two names have different meanings despite their similar spellings. The meaning behind Name Jett is one that can either refer to someone who has dark hair or eyes, or even associate them with speed and power because of its modern connotations with jets and airplanes.

Journey: Journey can signify a physical journey or an emotional journey of self-exploration and growth. My parents once shared their hearts and home with a rescue cat named Journey, a great name for a rescue pet who has weathered either physical or emotional journeys before arriving at your home.

Miles or Myles: Derived from the Latin Miles, which means “soldier,” this name is associated with strength and courage as well as loyalty and leadership. The name also finds its roots in the Norman French word mil, which translates to “merciful” or “graceful”.

North: You don’t have to be a Kardashian to select the name of North; this powerful moniker that has been used throughout history. The origin of the name North is rooted in Anglo-Saxon culture where it represented “northwards” directionally as well as being associated with strength and courage.

Odyssey: The term ‘Odyssey’ is derived from the Greek language, and refers to a long journey or quest for knowledge. It has been used in literature since Homer’s classic poem The Odyssey, which tells the story of Odysseus’ 10-year voyage home after the Trojan War. Since then, the term ‘odyssey’ has been used to describe a vast range of journeys taken by people that are life changing and often full of trials and tribulations. Odyssey might be the perfect name for an older shelter dog who has seen his share of struggles on life’s journey.

Pilot: The name Pilot is derived from the Latin word pilotus and describes someone who is responsible for navigating or directing a vessel, aircraft or any other vehicle. The name can also refer to any individual who displays exceptional skill or courage in facing challenges that come their way – another good name for a shelter dog or perhaps a dog whose future might include agility or other dog sports.

Quest: The name Quest is derived from the Latin word quaerite, which means to seek or search for something.

Ranger: The name Ranger is derived from the Old French word “range” meaning to wander. It was used in the Middle Ages as a term for soldiers who were sent out to explore and protect lands. Today, the name is symbolic of strength, bravery, loyalty and courage. It’s also a fun name for your furry park ranger if you plan to explore parks together!

RV: If your dream is to travel by RV with your dog at your side, RV can make a fun initial name!

Ryder: Ryder is an English name derived from Old English words “rida” and “raed” which together mean “knight on horseback.”

Scout: The name Scout is derived from the Middle English word scoute which means “one who scouts or explores.” This is fitting, as the name reflects those qualities in dogs who are brave and adventurous. In literature, the most famous bearer of this name is Scout Finch, a young girl in Harper Lee’s novel To Kill A Mockingbird.

Terra: This Latin word, which can be translated as ‘earth’, has a long been given to both people and places throughout the ages. In Roman mythology, Terra was one of the primordial deities who represented the Earth itself. This goddess was often known as Mother Earth, symbolizing fertility and generosity within her domain.

Tierra: Like Terra, the name Tierra is believed to have originated from Latin, where it means “earth.” The name has also been linked to Spanish origins, as it can mean “land” or “territory.”

Tripp: The name Tripp is derived from an Old English word, ‘treap’, which means to travel or journey. It is also believed to have originated from the Latin word, ‘triplum’, which translates to threefold. In modern usage, the name Tripp has come to be associated with adventure and exploration. T

West: As an English given name, West derives from an Old English place-name meaning “west meadow.” Additionally, it has been used in America since at least the 19th century as a toponymic surname for someone who lived in or near the western part of a country or region.

Wilder: The name Wilder is thought to have originated in England during the Middle Ages, however there are several different theories as to its exact origins. One possible source can be traced back to the Old English word wildor which meant ‘untamed’. Alternatively, it could be related to a Germanic or Dutch word meaning ‘wild beast’ or even from an old Norse phrase meaning ‘leader of animals.’ In some instances, it is believed to have been derived from an old French surname dating back to before 1066.

Names for Types of Travelers

We’ve got a huge section featuring dog names here on DogTipper including:

250+ Cowboy Dog Names for Your Buckaroo

Pin it to remember 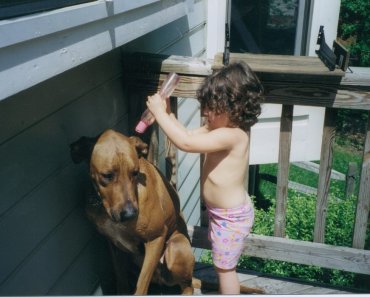 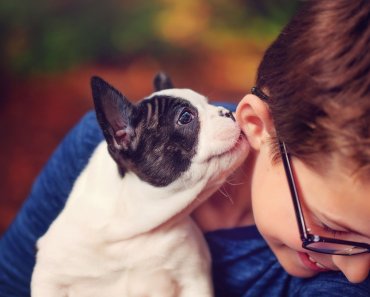 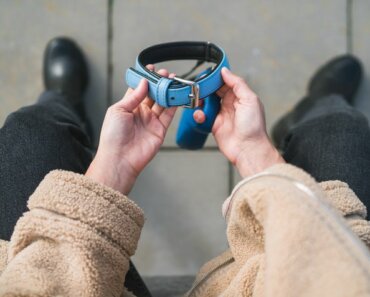