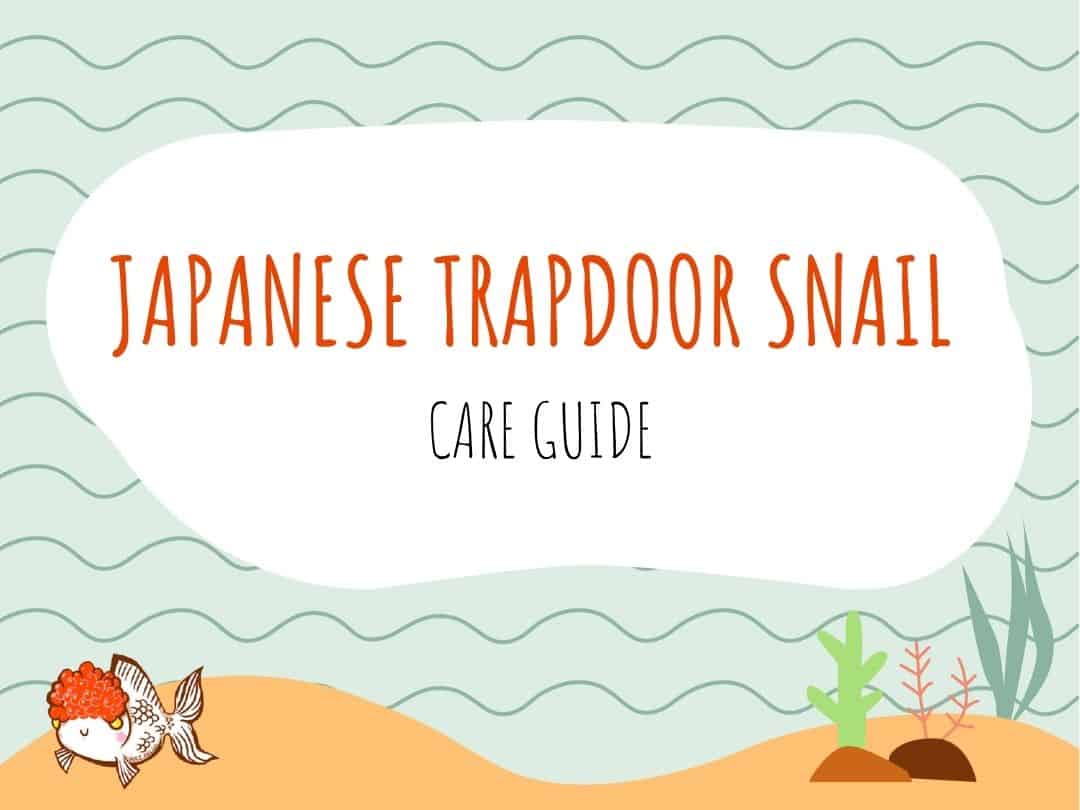 Aquarium snails can make useful, surprisingly attractive, and interesting additions to a freshwater fish tank. The peaceful creature quickly gets busy as an algae eater and clears up general detritus, plant debris, and uneaten food from the substrate.

While there’s plenty to say about aquarium snails as a whole, we’re focusing specifically on the Japanese trapdoor snail in this guide.

These snails are easy to care for and perfect for a brand-new aquarist. You can keep them pretty much anywhere: an outdoor pond if you have one in your back garden, a nano tank, or a large setup. They make excellent low-maintenance pets for kids, too.

And while plants are many snail species’ most common food choice, a Japanese trapdoor snail won’t bother live ones.

These snails, not to be confused with the Chinese mystery snail (Cipangopaludina japonica), originate in parts of Asia, especially Myanmar, Thailand, Japan, and China. However, in many parts of the world, the Japanese trapdoor snail (Viviparus malleattus) is now regarded as an unwelcome invasive species.

The snails were first introduced to San Francisco through a fish market way back in the late 1800s, where they were traded as a food source. A few found their way into the San Francisco Bay, and there’s still a thriving population there today.

Japanese trapdoor snails are livebearers, and unlike most aquarium fish, the snail’s gestation period is very long at nine months.

Also unlike most snail species you’ll find in fish tanks and ponds, the Japanese trapdoor snail doesn’t have a protruding siphon tube that enables the creatures to breathe atmospheric air. How does that work, you ask? Well, it’s because these guys are one of the truly aquatic snail species that do not breathe air — interesting, right?

The advantage of not having a lung means the hardy Japanese trapdoor snail can survive in extremely cold weather, even at below-freezing temperatures. Even more remarkably, these snails have a much longer lifespan than most other species, surviving for five to ten years!

Before you put some Japanese trapdoor snails in your fish tank, check with your local authorities to make sure you can keep them as pets. In some states, the species is regarded as invasive, you’re not allowed to keep them.

The Japanese trapdoor snail is a peaceful scavenger that won’t hassle any of the other residents of your community aquarium.

In fact, the creatures spend most of their time foraging in the tank in search of food or grazing on algae on the tank’s glass and solid decorations. Although the snails are active during the day, they’re busiest at night. So, if you keep late hours, you’ll get to watch them in action!

Like most snail species, the Japanese trapdoor snail has a trapdoor called an operculum. The structure has evolved to give the snail protection from predators, enabling it to retreat into its shell for hours if it needs or wants to.

If your snail has not been seen moving around for a day or two, it may have died. If that’s the case, there will be a very strong odor coming from your tank, and the ammonia levels in the water will increase.

In their endless search for food, it’s not unusual for these creatures to climb right up to the water surface and even escape from the tank. To prevent that, keep the water level a little lower to deter the snails from climbing out of the water altogether.

What do Japanese trapdoor snails look like, you ask? One very appealing feature of this snail species is that each is pretty much unique in appearance, sporting slightly different coloring or markings.

Japanese trapdoor snails have three or sometimes four tapering textured whorls. They usually have one color on the base of the first whorl, spiraling into rings of different colors. Often, the base color fades the further it gets from the snail’s body.

The snails themselves are usually black, tan, or cream, though sometimes you can find them in brighter colors.

Male and female Japanese trapdoor snails are pretty much the same size. The only real difference between the sexes is that females tend to have longer antennae than males. Also, for some unknown reason, the male snail’s antennae generally lean to the right.

If you want to keep some of these cool snails as pets, here’s how you should care for them.

Japanese trapdoor snails can be kept in a tank of 10-gallons or more. You can keep five or six snails in a 10-gallon aquarium, but if you want more than that and your community will include fish, too, you’ll need a larger tank so things don’t get too crowded.

In their natural habitat, these snails occupy water bodies with a muddy substrate. So, ideally, you want a soft, sandy substrate, as rough or sharp gravel could injure the primarily bottom-dwelling snails.

It’s also important to include lots of live plants in your tank, as the detritus that decaying plants generate is essential for the snails’ diet. You should also include smooth stones and driftwood that are perfect for growing algae, which is also part of the snails’ staple diet.

Like any living creature, Japanese trapdoor snails produce waste, so you will need a filter for your aquarium. It’s a good idea to cover the filter intake pipe so the snails can’t disappear inside the filter.

If you’re adding these snails to a community tank that includes fish, you must make sure the water parameters are suitable for all species. Luckily, Japanese trapdoor snails are tolerant of a fairly broad range of water conditions, so they fit in well in most tanks, including cold water setups.

The water temperature should ideally be in the range of 68 to 88 degrees Fahrenheit, with a pH level between 6.8 to 8.0 and soft to medium water hardness.

These snails make a very mellow aquarium mate for anything else in your tank. Honestly, your only concern should be whether the fish and other creatures included in your community are likely to eat the snails. And on that note, we recommend you don’t include Assassin snails in your tank, as they might harm the Japanese trapdoor snails.

You can include any kind of tropical freshwater shrimp, tetras, danios, guppies, gouramis, and the like. Bottom-dwelling species like corydoras catfish can also be included in the community with your Japanese trapdoor snails.

Can I keep Japanese trapdoor snails in groups?

Yes, absolutely! These gregarious snails are happiest when kept together and are often sold in groups of five, ten, or even 20 individuals.

What do Japanese trapdoor snails eat?

Although Japanese trapdoor snails will be perfectly content to live on the algae, leftover food, and plant debris your tank’s ecosystem naturally provides, you should also supplement that diet to ensure the snails stay healthy and achieve their full lifespan.

These snails are omnivores, so you can feed them plant-based wafers, fish flakes, and live or frozen foods. Blanched veggies are also well-received, including kale, spinach, cucumber, and zucchini.

Japanese trapdoor snails are pretty hardy creatures that aren’t affected by many diseases. However, it’s crucial to know you should not treat your aquarium with medication that contains copper, as that’s lethal to snails. If you must medicate your fish with drugs that contain copper, always remove the fish to a hospital tank rather than treating the whole tank.

Senior snails can suffer from edema, which is an accumulation of fluid in the body tissues. Unfortunately, there’s not much you can do for a snail with that condition, and it usually results in a dead tank mate.

Keep your tank clean, carry out regular water changes, and maintain the filter media to keep the environment healthy and safe for your livestock. Test your water every week, too, so you can make any necessary adjustments.

Watch the snails carefully for any behavioral changes that could indicate a problem with the water quality or the snails’ diet.

Japanese trapdoor snails are different from other species of aquatic snails in that they breed very slowly, giving birth to up to 20 live young per cycle after a lengthy nine-month gestation period. That’s good news for you, as it means your tank won’t be quickly overrun!

Again, unlike other snails, these mollusks are not sexually mature until they’re about a year old. As previously mentioned, female Japanese trapdoor snails have longer tentacles than males, probably because those tentacles are used to hold their newborn offspring and remove the protective membrane that surrounds them.

There’s no need for a separate breeding tank. These critters will just get together naturally in your main tank.

Are Japanese trapdoor snails banned in the U.S.?

These snails are considered to be an invasive species in some states. So, you need to check with your local authority before you buy any.

No. These snails are omnivorous, requiring meaty proteins, as well as plant matter and greens.

No. Unlike other snail species, these guys are livebearers, giving birth to up to 20 baby snails after a nine-month gestation period. Provided you have specimens of both sexes, these snails will readily reproduce naturally in your main tank.

These snails are very long-lived in comparison to many other popular aquarium species, having a lifespan of between five and 10 years.

Yes and no. These critters won’t munch their way through your living plants as some snails do. However, these helpful mollusks will eat plant debris before it has a chance to decay and pollute your water.

Do Japanese trapdoor snails get along with goldfish?

Yes, you can keep Japanese trapdoor snails in a cold water goldfish tank. These snails can survive in water temperatures that fall below freezing, so life in a goldfish tank that’s kept at room temperature is perfectly fine for them. The goldfish won’t attempt to eat the snails, and the snails won’t trouble the goldfish, so everyone is happy!

Japanese trapdoor snails make a great addition to any freshwater aquarium. These creatures help to keep the environment clean by clearing up any leftover food, removing algae from the tank viewing panes, and eating decaying plant matter before it decomposes and pollutes the water.

You can keep these peaceful snails in groups in a community tank, and they’re super easy to care for, making them ideal for beginners. However, you must remember to check with your local authorities, as these snails are considered an invasive species in some states and aren’t legal to keep as pets.

Do you keep Japanese trapdoor snails in your tank? If so, we’d love to hear about them; leave us a comment below! 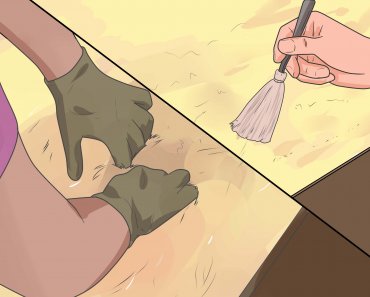 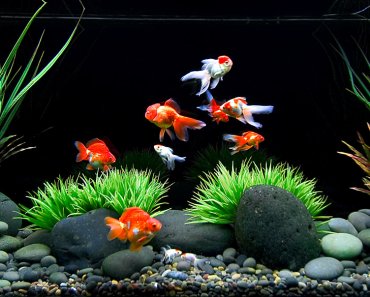 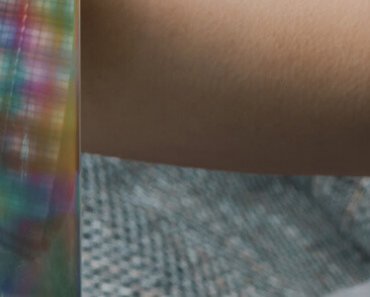 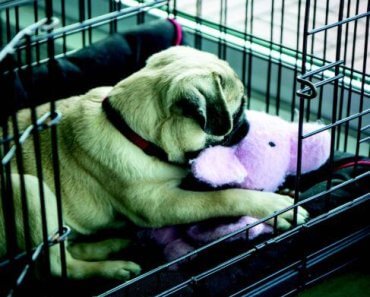 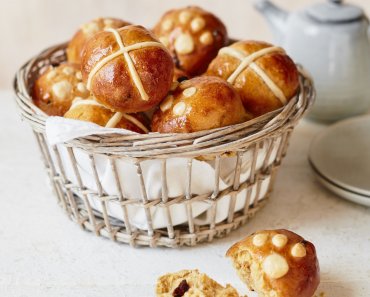 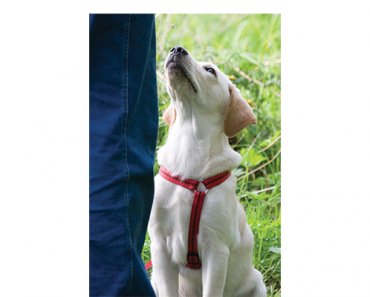