While a dog may be man’s best friend and a cat gives off a very sophisticated air, that doesn’t mean humans necessarily understand anything at all about their four-legged friends. In fact, in many ways, our pets are like that friend who remains eternally wrapped in the mystery of the unknown. You may be able to connect with them in a way you can’t with anyone else, but every time you look deep into their eyes you find that you don’t really know much about them.

If you’ve scratched your head about things like your dog’s ability to see color, why your cat sniffs at the AC vent so often, or any number of other questions, don’t worry. Below are answers and explanations to some of the most common myths, legends, and bona fide facts that have kept dog and cat owners alike puzzled over the years.

Let’s start with a classic: are dogs color blind? Savvy dog owners are probably already aware of the fact that the answer to this one can be a bit complicated. For the sake of argument, we’re going to officially say no, dogs are not fully color blind. However, while they can certainly see colors in some fashion, the answer to the question isn’t quite that simple.

It turns out that while dogs can see color, the hues they see are less intense or varied than those detected by their human counterparts. According to Psychology Today, humans see a rainbow as:

In comparison, dogs appear to see the same order of colors as:

So while dogs are not officially “color blind,” they are certainly blind to particular colors.

Do Cats Have Nine Lives?

This one’s quick and easy: certainly not. Cats have one life to live just like the rest of us. However, due to their quiet yet adroit lifestyle and their naturally healthy pedigree, they can often manage to live very long lives and survive scenarios that other pets wouldn’t. This proclivity towards survival has helped them garner a reputation for living “multiple lives” when other animals would have perished long before.

Do Cats Always Land on Their Feet? 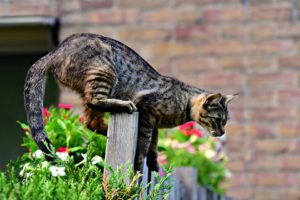 It’s a saying that’s as common as the clearly false “cats have nine lives” mantra — but is it real? Well, it turns out that cats have a naturally inbuilt balancing system called the “righting reflex.” This reflex gives them an unusually impressive ability to re-orient themselves when they’re falling through the air.

While this means cats are particularly nimble, and they very often do land on their feet (certainly more often than dogs or humans do), cats can and often do land in a less comfortable, injury-prone fashion as well, making this myth one that should never be tested.

Does Owning a Larger Dog Prevent You From Renting?

This is a common rumor that can dissuade many potential dog owners from finally getting that black lab or golden retriever that they’ve always wanted. However, it turns out that this one is, once again, false — at least most of the time.

Sure, there’s bound to be a grumpy landlord somewhere out there who refuses to entertain the idea of admitting a renter purely on the size of their dog, but generally, if an apartment is open to pets, the size shouldn’t matter much. Typically a pet owner will be required to put down a deposit or pay a fee for their pet — which is perfectly reasonable considering the damage they can cause. The good news is, these payments are also commonly refundable, which means if your dog is well-behaved, regardless of his or her size, you should be able to live in an apartment with your bigger pet and never even hurt for it, financially speaking.

If You’re Allergic to Pet Dander You Can’t Own a Pet, Right?

“Oh no, I can’t own a cat, I’m allergic.” It’s a common phrase, but is it legitimate or just a cop-out? While there are plenty of people who genuinely suffer profoundly from pet allergies, often lighter cases can be easily controlled via things like over the counter medication and even more natural solutions like CBD oil or other essential oils.

In addition to treating allergy symptoms, there are many hypoallergenic breeds of dogs and cats. For instance, a Basenji or an Affenpinscher are excellent allergy-friendly dog breeds, while Cornish Rexes and Balinese are good candidates if you’re looking for a cat that won’t keep you up at night with the sniffles.

If You Want to Get a Pet, Don’t You Need to Settle Down First? 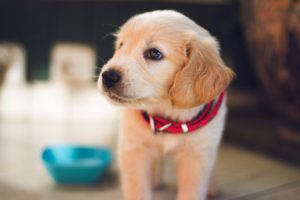 For some reason, the idea has proliferated over the years that a dog goes with that “house with the white picket fence” scene. However, that has never been further from the truth than nowadays. For starters, 61% of pet owners from the younger Millennial generation claim to have prioritized getting a pet that could travel with them, while 84% of the generation report having actually traveled with their pets.

Even if you’re a retired Baby Boomer, though, you can still easily hit the road with your four-legged friend. RVers, for instance, have an easy way to transport their animal around with them. While traveling with an animal does require more work, it isn’t something that should be eschewed as particularly difficult.

Why Does My Cat Love to Sniff the Air Conditioning Vent?

Cats love to smell things — including the air conditioning. Why? There are actually a few different reasons:

Whatever the reason, if your cat is sniffing the AC vent, you may want to take a look as to why — you might have some maintenance to do.

Is a Dog’s Mouth Really Cleaner than a Human’s?

A common myth regarding pet hygiene is the misconception that your dog’s mouth is cleaner than your own. While a dog’s mouth certainly is better at fighting some bacteria than a human mouth might be, it is also definitely not cleaner.

In fact, dog’s saliva can be filled with hundreds of unique bacterias and it can also include plenty of parasites that you definitely don’t want to go ingesting on a regular basis. While dog’s mouths have no trouble getting the job done, they aren’t superior to a human’s oral cavity.

You Can’t Teach an Old Dog New Tricks … or Can You?

Yes, yes you can. In fact, dogs can learn throughout their entire lives — and they want to. As long as you approach your dog with the same patience as you do a puppy, you can help them learn anything from “sit and stay” to “rollover” and even “play dead” with nothing more than some diligence, patience, persistence, and possibly a handful of treats.

Do Dogs Only Wag Their Tails When They’re Happy? 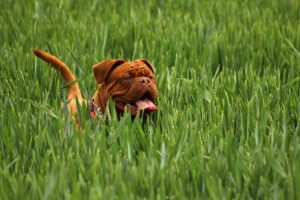 This one is mostly true, although it requires a bit of explanation. When a dog is happy they do, indeed, wag their tails. However, they also wag their tails when they’re simply excited. This can happen in a situation where they’re alert, on guard, or otherwise not happy.

A dog’s tail is actually a bit more useful than simply an indicator of excitement, too. For instance, when a dog is feeling submissive or even nervous, it’ll lower its tail and even fully tucks it under its body if it’s scared. In addition, if a dog is simply curious but not sure about the excitement factor quite yet, they may stick their tail straight out.

It’s also worth noting that, while dogs wag their tails when they’re happy, it appears to be a purely social phenomenon. Even if they’re overjoyed, when a dog is alone they typically will not wag their tail.

If My Dog’s Nose Is Warm or Dry is She Sick?

It’s often suggested that if your dog’s nose is dry or warm they might be sick or otherwise unwell. However, it turns out that a warm or dry nose is, well, a warm or dry nose. It happens, and it typically doesn’t indicate any one specific problem.

Sometimes it can mean little more than the fact that your dog was just sleeping, they woke up, and they haven’t licked their nose in a while. Regardless, you should never make important decisions about your pet based on the moisture level or temperature of their olfactory organ.

Humans are a funny bunch, and we always manage to develop various myths and legends based on past observations. Sometimes these can be helpful but, as is often the case with pet myths, they can also often be little more than a rumor or an entertaining old wive’s tale.

Regardless of the particular myth in question, it’s never a good idea to make any serious or life-altering decisions for you or your pet based on a rumor or myth without first doing a little research and then consulting your veterinarian.

Enjoy the article? Subscribe to EntirelyPets to stay up to date on everything pet related! 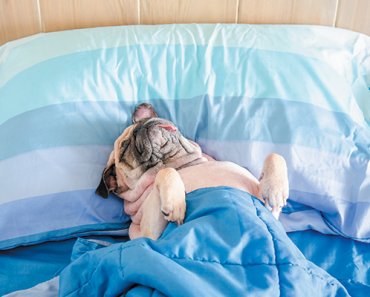 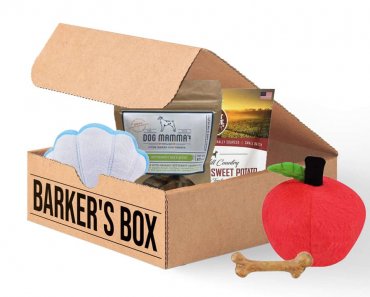 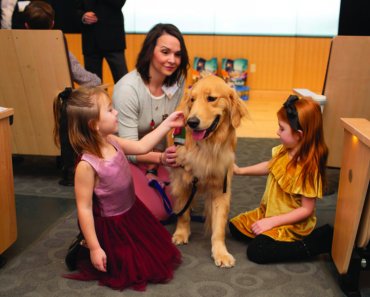 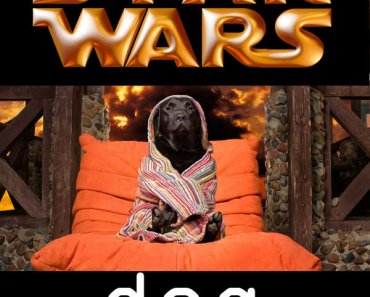 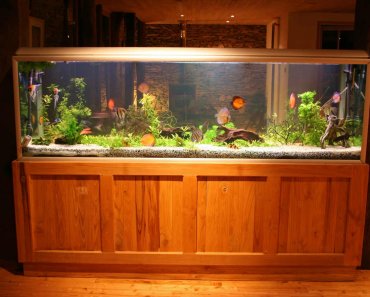