If you’re looking for a mid-sized, bottom-dwelling fish that will live harmoniously with others of its own kind, you might want to consider the Redtail loach. You’ll need quite a large, freshwater aquarium to accommodate these quirky, attractive fish, but they are generally quite straightforward to care for provided that you have some fish keeping experience, and they do make interesting pets.

In this article, we take a close look at the Redtail loach, including fascinating facts about the fish’s origins and a comprehensive guide on how to care for them.

The Redtail loach or Botia has the scientific name, Yasuhikotakia modesta, and was discovered in 1864 by Bleeker.

These fish are found in Thailand, Cambodia, Northeastern India, and the Malaysian peninsula. Although these are a popular fish species with collectors, they are widely distributed and they are not currently threatened. For that reason, the Redtailed loach appears on the IUCN Red List as being of least concern.

The species has several other common names, including:

The fish has a close relative, the Silver Loach, or red-Finned Loach (Yasuhikotakia lecontei) that bears a very similar resemblance to the Redtail loach.

These loaches are found in large river waters and in flooded fields where the substrate is muddy. Interestingly, Redtail loaches are migratory, moving from the Khone Falls of the Mekong basin during the wet season when the area is flooded to small streams and tributaries where the fish spawn. Once the waters have receded, the loaches return to their original habitat.

The Redtail loach is a night-feeder, emerging from its daytime hiding places to feed on insects, crustaceans, and worms once darkness falls.

Captive fish generally live for between five and 12 years. The lifespan of wild Redtail loaches is not fully understood.

The Redtail Botia can grow to reach up to ten inches in length in the wild. However, captive specimens usually only get to measure seven to eight inches.

The fish’s body coloring varies from blue to grayish. Some specimens have a slightly greenish tint. The fins are bright orange to red in color, and the fish has a dark vertical stripe at the base of the caudal. Juveniles are often iridescent green with a few narrow dark bars on the body.

Sometimes, you may see artificially colored specimens advertised online that have been dyed. A search may find fish that are green, yellow, purple, orange, pink, or teal. The colors are created by injecting dye underneath the fish’s skin, which leaves a blotchy appearance that fades after a few months.

We don’t recommend buying any of these artificially colored fish. They generally have a short life expectancy and usually suffer health problems. Also, the process of coloring the fish is thought to be stressful and may even be painful, which is probably why these creatures become diseased and have a shorter lifespan than the average.

Redtail loaches are pretty hardy when given the right conditions. However, we don’t recommend this species for beginners because of the loaches’ need for pristine water and their small, thin scales. Very small scales make the fish more prone to disease, and they are also highly sensitive to the medications that are used to treat common fish diseases.

Never introduce Redtail loaches into a tank that is biologically immature.

The Redtail loach is a bottom-dweller, occasionally venturing into the central area of the water column. So, either a long or an upright tank shape is fine, provided that the aquarium is large, ideally around 45 to 55 gallons when the fish are young, increasing to 75 gallons when they are fully grown.

Redtail loaches are a freshwater species, and they do not tolerate brackish conditions.

The water movement in the tank should be good, preferably at a turnover rate of at least 10 to 15 times per hour, and the water should be very well oxygenated. If necessary, you can boost the current in the aquarium by adding a powerhead or canister filter.

Undergravel filtration systems work very well for Redtail loaches because they are extremely efficient at oxygenating the water, as well as processing fish waste and general detritus.

You must keep your tank scrupulously clean. That entails carrying out 30% water changes every week, as well as vacuuming the substrate thoroughly to get rid of any fish waste and leftover food.

As with most fish species, you can help to keep your loaches stress-free and content by creating an environment within the tank that is as close to the fishes’ natural habitat as possible.

Loaches are burrowers, so you’ll need to choose a soft, sandy substrate that doesn’t contain anything sharp or rough, which could injure the fish. The lighting in the aquarium should be kept subdued to mimic the dim light conditions to which the fish are accustomed in their wild environment.

The environment should have plenty of open swimming areas, lots of lush planting, rocks, driftwood, and some caves or overhangs where the fish can hide. Loaches are typically very shy fish, and they need plenty of shelter and some dark places to which they can retreat when they need to. Make sure that you provide a hiding spot for each individual fish.

Because these loaches spend much of their time burrowing in the substrate, you’ll need to make sure that your plants are very securely rooted and any decorations are anchored firmly on the glass bottom of the tank so that they don’t get tipped over.

Loaches do not eat plants, although they may try to graze on algae, potentially uprooting plants in the process.

In their natural environment, Redtail loaches eat mostly insects, worms, and crustaceans, although they are technically classed as omnivores.

Captive specimens are not fussy feeders, and they will happily devour any kind of live or frozen foods, flakes, algae, sinking pellets, and tablets. Favorite foods include frozen or live mosquito larvae and brine shrimp, as well as daphnia and tubifex. These fish will also eat snails, which can be handy if you have a problem with snails in your aquarium.

We recommend that you feed your fish several times each day, offering just enough food that the fish will clear in a few minutes.

Redtail loaches are timid fish that tend to hide away during the daytime, coming out at night to feed and explore their surroundings.

Despite their shy nature, these fish can be quite aggressive with tankmates, and they are best kept in a community that contains a few other large-sized fish species that are semi-aggressive. Ideally, you should keep the Redtail loach in schools containing a minimum of four individuals. That will help to overcome the fish’s shyness, as well as reducing aggression.

Suitable tankmates for the Redtail loach include barbs, semi-aggressive cichlids, gouramis, and most other loaches.

Species to avoid are those that are small and have floating finnage, such as bettas and angelfish. It’s also not advisable to include other bottom-dwelling fish, including Corydoras and other species of catfish that will compete for the same living space.

Loaches are known to eat snails, which is great if you have a snail problem in your tank, but it also means that you can’t keep decorative mollusk species in the aquarium. It’s also best to avoid shrimp for the same reason.

At the time of writing, Redtail loaches have not been bred in captivity, and they are not commercially reared either. That means that any specimens that you buy online or in a fish store have been wild-caught.

The Redtail loach is more vulnerable to disease than other species of tropical, freshwater fish. That’s most likely because of the fish’s lack of head scales and thin body scales.

These loaches are also extremely sensitive to some of the medications that are used to treat many common fish diseases. For that reason, you must place the fish in a hospital tank rather than treating the whole aquarium with the loaches still in situ.

The Redtail loach is stressed by changes in water conditions and by exposure to cold water, and that makes them even more susceptible to diseases.

One of the most common diseases that affect this species is Ich. Ich (Ichthyophthirius) is also known by its common name, White Spot disease.

Loaches are usually the first fish in an aquarium to be attacked by the Ich parasite because of the fragile and thin scaling. Affected fish will flick against the substrate, plants, and ornaments in an attempt to remove the irritating parasites, and they may clamp their fins and breathe rapidly. One telltale sign of Ich is the rash of tiny white dots that appears all over the fish’s body, including the gills, tail, and fins.

Ich can be treated with over-the-counter medications that you can buy in your local fish store. However, loaches can be adversely affected by some of the treatment’s components, so it is usually advisable to use only half the recommended dose when treating loaches.

Ich can also be cured by raising the tank temperature to around 86o Fahrenheit for three days.

Skinny disease is another condition that affects loaches.

If your fish are eating plenty, and the diet that you’re offering them is high-quality, nutritious, and varied, but your fish are losing weight, there’s a good chance that they have Skinny disease.

The condition is caused by internal parasites, but thankfully it can be treated relatively easily with a suitable antiparasitic medication that you can buy from a good fish store.

It cannot be overstressed that these loaches are extremely sensitive to water conditions. If conditions in the tank are unsanitary or the water is not kept within the fishes’ preferred parameters, they will become stressed and are much more likely to become sick.

So, be sure to check your tank water conditions on a weekly basis, correct any imbalances, and feed your fish a well-balanced, nutritious diet.

Whatever you add to your main tank should be thoroughly washed first, including plants, substrate, and decorations. To kill bacteria and parasites, you can rinse all those items in a weak solution of distilled white vinegar and tap water in the ratio of one part vinegar to one part water. Make sure that you flush away any residual vinegar by running the items under cold water before adding them to your display tank.

New fish must be kept in a quarantine tank for at least 14 days and monitored carefully for signs of disease before you introduce them to your main tank.

The Redtail Botia is a species that’s readily available from fish stores and through online dealers. Avoid buying Painted Botia. These fish have been artificially colored, using dyes that can cause health problems for the fish, resulting in a shortened lifespan.

Redtail loaches range in price from around $7.50 for small specimens. Remember that if you buy online, you will pay more to cover shipping costs.

The Redtail Botia is a common species of tropical freshwater loach that is widely available from fish shops for a reasonable cost. These fish are not recommended for complete beginners, largely because of the species’ extreme sensitivity to water conditions and common fish diseases.

These fish are best kept in a small, same-species school, and they can form a relatively harmonious community with other semi-aggressive species of a similar size in a large aquarium over 75 gallons.

If you’re an experienced aquarist and you don’t mind taking on a fussy fish that demands a scrupulously clean tank, these attractive, characterful creatures might be a good choice for you. 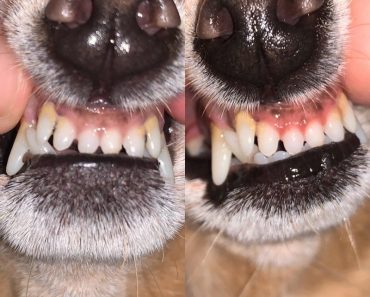 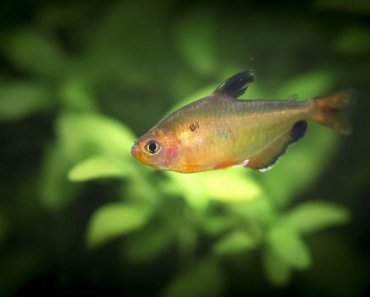 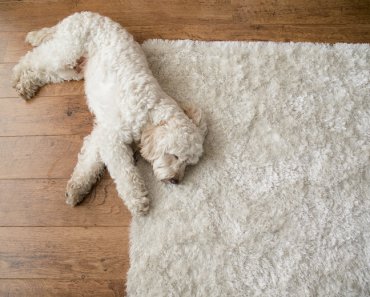 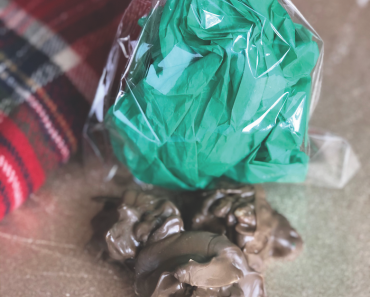 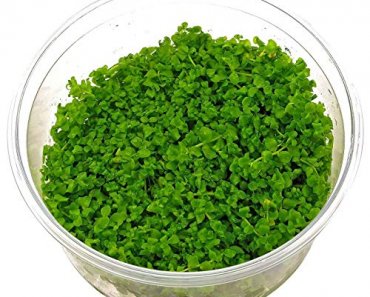 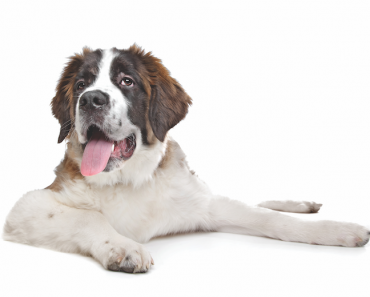 Think You’ve Got a Stubborn Dog? How to Train a Dog Who Won’t Listen